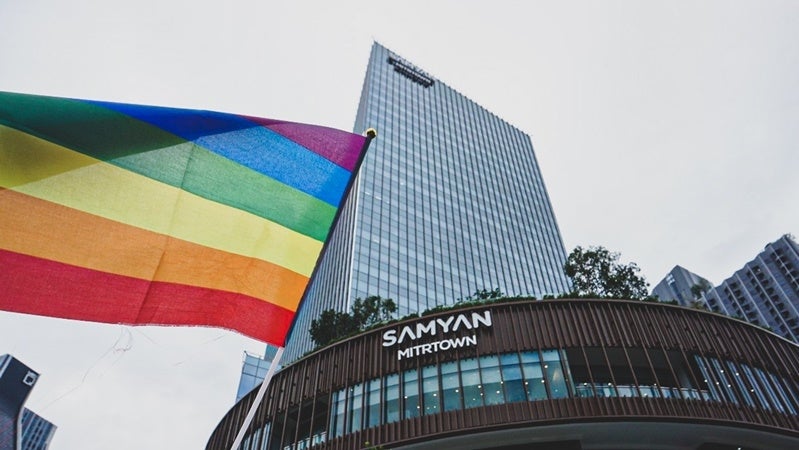 BANGKOK — A pro-democratic protest with an LGBTQ+ theme was held at the Samyan intersection before heading to Silom Road on Saturday to raise awareness on diversity among people along with democracy.

The protest was named “Phri Parade”. The word “Phri”, which sounds similar as the word for “pride” also means slave or serf, reflecting the movement of people who were under the power of the Thai monarchy.

The parade drew the attention of bystanders as the atmosphere was colourful and light, differentiating itself from previous protests which had a more serious tone.

Demonstrators also made their demands for true democracy and better gender equality for Thai female MPs and MPs from the LGBTQ+ community who have not received the respect that they deserve.

The demands partly stem from the suspension of Move Forward Party MP and LGBTQ+ advocate Tanwarin Sukkhapisit due to involvement with the media.

The topic of gay marriage also was raised during the protest as the Thai civil partnership bill does not truly protect the rights of same-sex couples.

The protesters also invited people to visit Silom streets to stimulate the economy after the earlier protesters had generated incomes for street vendors.