Cordillera by the thread 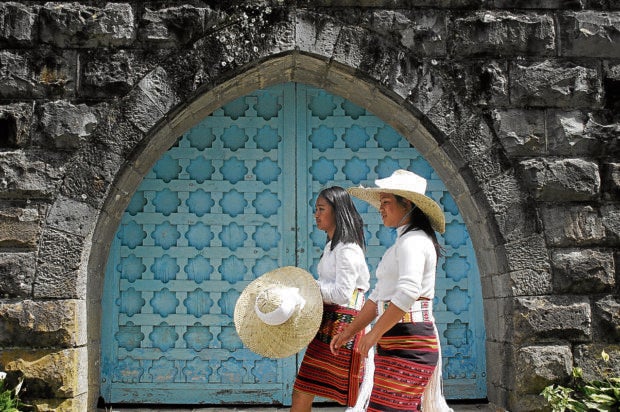 WEARING CULTURE On special village occasions or clan gatherings, residents of Sagada town in Mountain Province wear traditional woven wraparound skirts (for women) and G-strings (for men), which display the colors and history of their community. The skills to produce these garments continue to be passed down to generations of families in the Cordillera. —RICHARD BALONGLONG

Although taught the rudimentary weaving skill at a young age, Fata’an was forbidden from making death blankets and clothing for “kachangyan,” or the community elite.

The elders believe that a young woman who weaves these garments will not bear children. So Fata’an mastered that specialization only after moving to Baguio and raising a family.

Fata’an is a fictional character in “Fata’an and her Tilar” (foot-driven loom), one of five children’s books that will be launched on Nov. 20 during this year’s Third Ibagiw Creative City Festival.

The books and a companion weaving workbook, “Agabel Tayo” (Let Us Weave), provide glimpses of the culture and history behind Cordillera textiles, which are passed down to new generations, said Dr. Raymundo Rovillos, chancellor of the University of the Philippines (UP) Baguio and vice chair of the Council for Baguio Creative City.

Baguio was the first city to join the Creative Cities Network of the United Nations Educational, Scientific and Cultural Organization in 2017. Cebu City was selected in 2019. The network is composed of world cities where art and culture are driving forces, or significant contributors, to their respective economies. 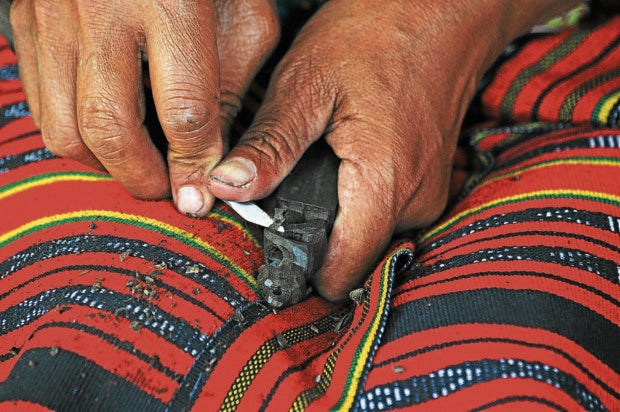 Fabric and garments handmade by Cordillera weavers have stood the test of time, whether to provide a cushion when carving a “bul’ol” (rice granary guardian) in Ifugao province. —PHOTOS BY EV ESPIRITU

In Baguio’s case, leisure and tourism are intertwined with the industry built by woodcarvers, weavers, silver craftsmen and basket weavers who come from Cordillera communities.

Although the Ibagiw festival offers gallery tours and exhibits now that Baguio has reopened its borders to tourists, it also has organized skills competitions and workshops to inspire more artisans to revive their trade and help the economy recover.

One of the tasks of a creative city is to ensure or sustain the system for bequeathing these skills to young aspiring artisans. The children’s books promoted by Ibagiw are a step toward the popularization of the artistry, spiritual nature and talents behind indigenous weaving, according to Rovillos.

The books feature characters like “Aramay” in Gad’dang, “Balitanay” in Kalinga, “Dalipug” in Apayao, “Benita” in Ifugao, and “Fata’an” in Bontoc, who discover how and why weaving and specific textile designs matter to their culture. 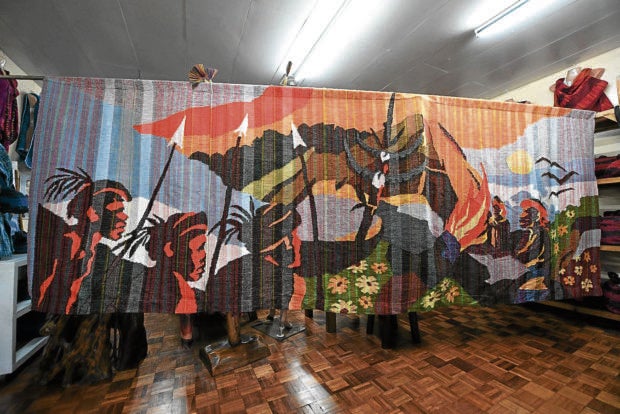 Amores heads the UP Baguio’s multidisciplinary Cordillera textiles project (CordiTex), which gathered and analyzed materials on indigenous Cordillera fabrics. The children’s books were inspired or based on the researchers’ findings.

The project studied extant textile patterns, using oral accounts and archival records, and mathematically reconstituted long forgotten designs on digital graphs so these skills could be reintroduced to weavers through a “paint-by-numbers” paper grid, or digital looms.

Giovanni Malapit and Ronan Baculi, both UP Baguio professors, designed a plasma injection system to coat indigenous fabrics with silver nanoparticles “to restrict the growth of microorganisms [and] prolong the life of textile materials.”

Amores and Jennifer Inovero, another UP Baguio professor, examined the ergonomic discomfort experienced by loom and back-strap weavers. 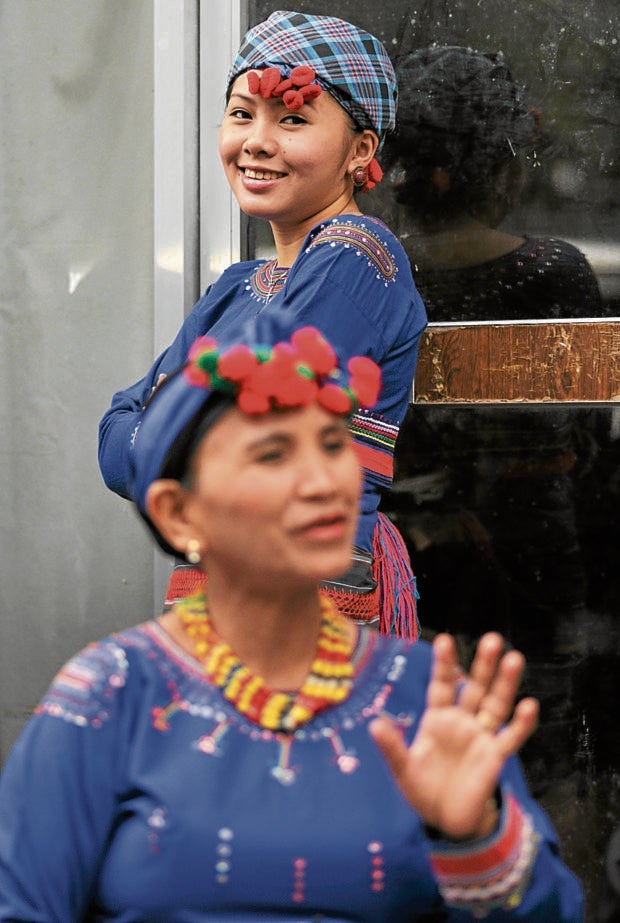 The weaving technique, called “binalot,” evokes “the illusion of movement,” according to Amores’ study on “anthropological analysis of Itneg textiles.”

A “binakol” pattern, called “kusikos,” is embedded in Itneg funeral blankets “to confuse malevolent spirits” so they will not cause harm to the deceased’s family, the study said.

The findings found their way to the children’s book “Dalipug and the Isnag Badu” (Isnag garment), where Amores and coauthor Llapitan enumerated patterns like “baleku,” or the scallop pattern, that refers to the Sinulung River, “ahamay,” or a centipede pattern, that serves as protection from bad spirits and the “sinabungan,” or the blossoms of wild rice.

The CordiTex team also tracked down the plants used to create old textile dye, broke down the chemical composition of plant-based pigments and explored substitute ingredients that would approximate the color palates of mountain garments.

In the children’s book, “Balitanay’s Laktob” (festive skirt), Amores and Albert created the character Apo Dumla, who spoke about the discovery of a tree, called “torac,” from where the first Kalinga garments were made. 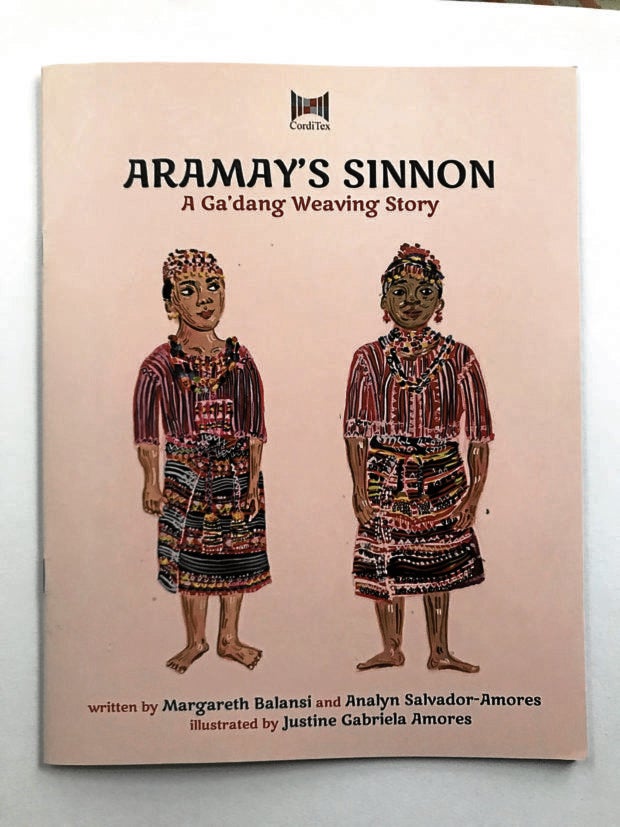 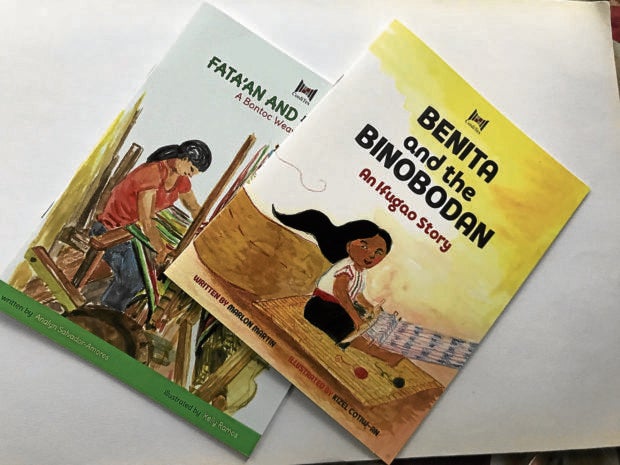 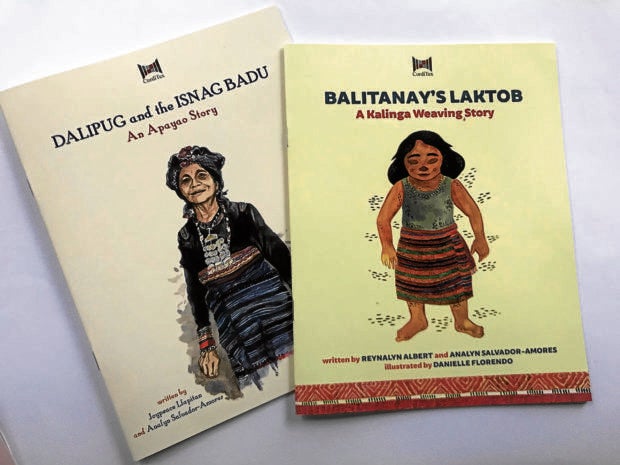