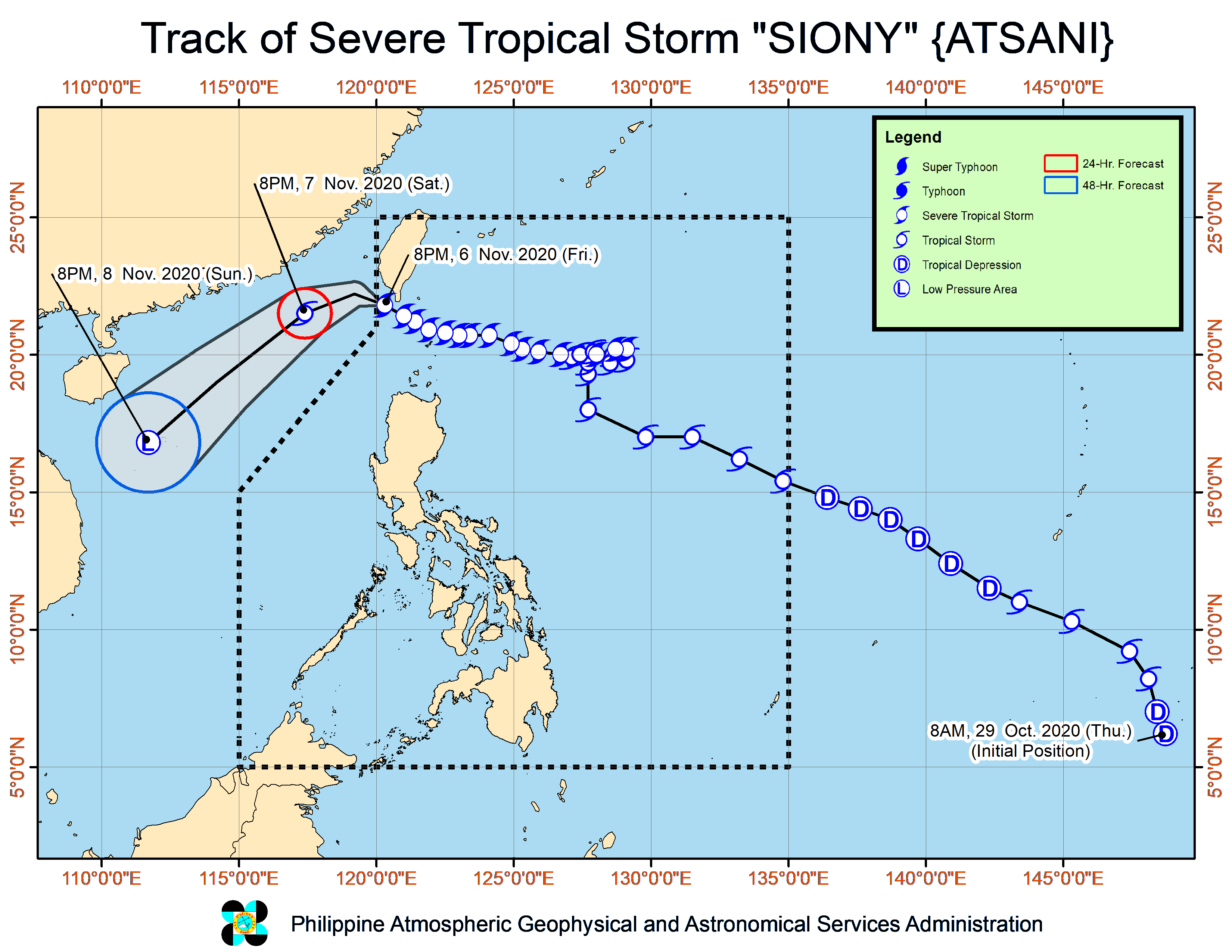 (We have reported damage in agriculture due to Siony and this is estimated at P4.9 million.)

Cayco, meanwhile, said that the local government has not recorded any damage to infrastructure and houses due to Siony.

(None of our constituents were affected, none of the houses, roads and infrastructure were damaged.)

(Our water, electricity and communication were not damaged as well.)

The governor said days before Siony passed through the province, the local government had already made preparations.

(I immediately met with the Disaster Risk Reduction and Management Council and mobilized all the concerned agencies. They are on standby for 24 hours, and the PDRRMC and my office closely monitored the storm.)

(We have monitored this because this is the first storm  that passed through Batanes, and the people automatically tied their roofs, especially those light materials.)

Siony, the 19th tropical cyclone to enter the Philippines in 2020, dumped rains over Batanes and the Babuyan Islands.

The severe tropical storm exited the Philippine Area of Responsibility at 12 a.m. on Saturday.