Toll exec appeals for calm amid panic buying for RFID tags; says it won’t run out 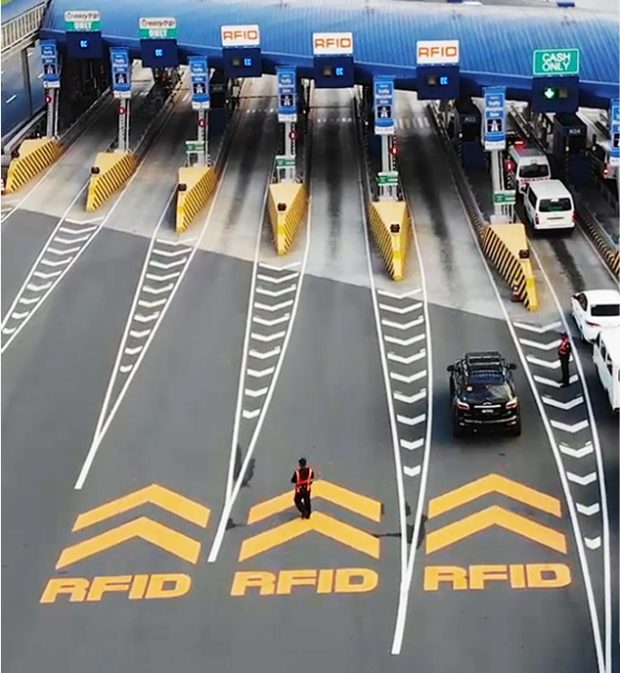 MANILA, Philippines — Motorists, especially those who do not frequently use expressways, should not panic about buying radio frequency identification (RFID) tags needed to enter tollways as these stickers would not run out, a tollway official said on Friday.

According to Metro Pacific Tollways Corporation (MPTC) chief communications officer Romulo Quimbo, there is no difference to acquiring the Easytrip RFID tags now and on a later date if you do not intend to travel along the expressways, as the system is here to stay.

Tollway managements like MPTC, which oversees North Luzon Expressway (NLEx) and other tollways’ operations, have been ordered to implement fully RFID-ready systems by December 1, in an effort to avoid coronavirus transmissions.

But this deadline has resulted in motorists scrambling for RFID tags, even though some of them might not even be frequent users of tollways.

“The RFID is here to stay.  And it is going to be available all-year round, anyway.  Hindi mawawala, so ang appeal talaga namin, is to let our countrymen know and find out (to) just relax, if you don’t really travel that much anyway, why don’t you wait until December or January? It’s okay,” Quimbo told INQUIRER.net in a phone interview.

“You’re going to travel let’s say Christmas or New Year, then fine, get your RFID then, because the installation centers naman sa mga expressways natin will always be there anyway.  So before you enter you will always get RFID.  So it’s not a matter of it’s going to disappear after December,” he added.

Quimbo also dispelled fears that people trying to enter NLEx or MPTC’s other tollways would either be apprehended or rejected if they do not have RFID tags on their cars.  He explained that no apprehension would happen since the motorist can avail of the RFID at NLEx’s entry points.

“Actually it’s really very simple, that if you are going to travel let’s say even past December 1, and you need an RFID, okay, then why don’t you get one before you enter the system, before you enter the expressway, so that pagdaan mo sa [if you pass by the] tollgate, wala ka nang violation [you’ll never have violations],” he explained.

“It’s just that syempre it’s a government regulation and people will understandably be intimated.  Pero it’s so simple eh, just get the RFID on your day of travel then wala ka nang violation [you’ll never have violation],” he added.

More so, if a motorist already has an RFID tag and should the scanners reject the payment, no penalties would be dished.

(No, that would be simple, because that would only be accounts settlement.)

Various snags have hounded the government’s push for full RFID systems on tollways, as long lines for RFID installation have been a common sight.  Meanwhile, issues have also surfaced, such as discrepancies in the toll fees collected, and the glitches in Easytrip’s Smartphone app.

“We recognize that, but we are improving naman the capability of the servers.  We have a tsunami of new RFID customers, and we are very concerned that they are not able to get their information quickly,” Quimbo said earlier.

The Department of Transportation (DOTr) order says that the RFID systems must be in place by December 1.  Initially, the order was set to start by November 2, but DOTr decided to move the deadline after the clamor of motorists who have yet to apply for RFID tags.