One-by-one: Why is the US vote count so slow? | Inquirer News
Close
menu
search

One-by-one: Why is the US vote count so slow? 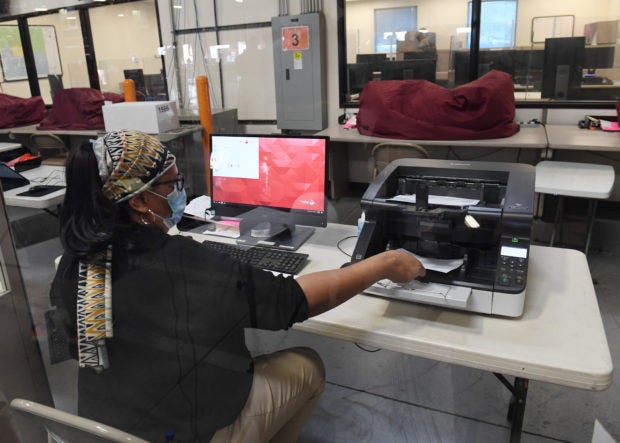 WASHINGTON – A slow grind of ballot counting has held the United States and the world in suspense since Tuesday’s presidential election.

Fresh updates were coming in at a painful rate of a few thousand votes at a time, so why is it taking so long?

“Fast is great, and we appreciate fast. We more appreciate accuracy,” said Gabriel Sterling, an elections official in Georgia.

Worries about spreading Covid-19 pushed many to embrace voting by mail for the first time.

Some states have been overwhelmed by the volume of mailed-in ballots, which are expected to top 70 million out of more than 150 million votes.

The creaking US postal service, hit with cutbacks of workers and machinery, has also been a bottleneck.

In preparation for the mail-in surge, a number of states stretched out the time after the November 3 election day that mailed ballots could be received.

Some however did not add time on the front end to open the envelopes and sort the ballots.

In Michigan, elections workers could only start opening envelopes on Monday, one day before election day.

Pennsylvania, where much attention is focused on the count, only began on Tuesday itself.

The process of sorting the mailed ballots is onerous.

In many states, though not all, the ballots must be verified by matching the voter’s signature on the outer envelope with one in a database.

For ballots that arrive after election day, they also have to review the postmark to be certain it was mailed early enough. In the past the postal service did not always postmark envelopes.

Many places have machines that can do the initial work, but rejections can be high in number and have to be reviewed by hand.

Then the ballots have to be removed from the envelopes, and in many states, also from inner “privacy envelopes,” and then stacked into piles to be inserted into voting counters.

If counting machines cannot read the ballots, they are checked and the votes logged by hand, with more than one official watching to ensure accuracy.

Many other problems can bog down the count. In South Carolina one county had to resort to counting each of 14,600 ballots by hand because a printing error led to machines not being able to count them.

And each ballot has far more than presidential candidates: candidates for Congress, state and local government, police chiefs, judges, and even coroners.

Allegheny County, Pennsylvania — where Pittsburgh lies — had to temporarily halt the manual counting of some 30,000 problem ballots.

Trump’s campaign and the Republican Party are also pursuing counting freezes, recounts and vote disqualifying rulings in court in several states, aiming to slow the process and hopefully turn it in their favor.