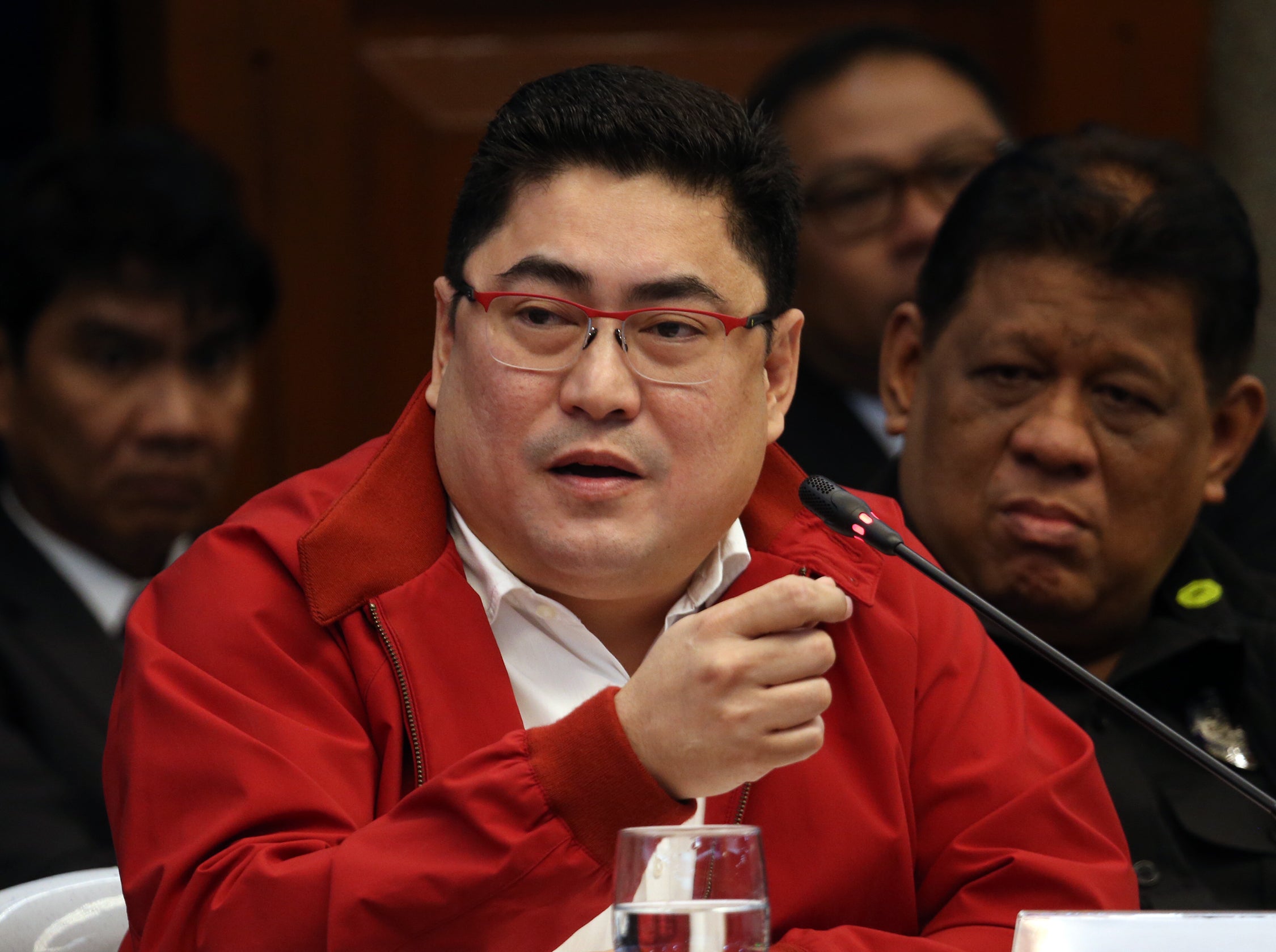 (FILE) Former Bureau of Immigration officer Marc Red Mariñas answers questions from the committee chair during the hearing on the pastillas scheme case for the committee on Women, Children, Family relations and gender equality held at Session hall of the Senate of the Philippines in Pasay City. EDWIN BACASMAS

MANILA, Philippines — The National Bureau of Investigation (NBI) has filed a complaint before the Office of the Ombudsman against 86 personalities linked to the “pastillas scam,” including the reported ringleader.

In a 27-page complaint dated Nov. 3 but shared with the media on Thursday, the NBI filed a complaint for violation of the Anti-Graft and Corrupt Practices Act against the former chief of Port Operations Division of Bureau of Immigration Marc Red Mariñas, the alleged mastermind according to the NBI, and 85 others.

Under the complaint, NBI recommended that Jeffery Dale Ignacio, second whistleblower, must be used as a state witness based on his sworn statements and other supporting evidence submitted during the agency’s probe.

The NBI also asked the Ombudsman to place all the accused individuals under preventive suspension to avoid any influence in the investigation.

“It is also respectfully prayed that all of herein subject be immediately placed under preventive suspension to preclude them from influencing the instant investigation,” read the complaint.

The NBI’s complaint made use of testimonies from Immigration officer Allison Chiong that were revealed at the Senate last February.

Chiong previously alleged that immigration officers are involved in the extortion of money from Chinese nationals in exchange for the swift entry of foreigners to the Philippines.

Accused immigration execs to be relieved

Immigration spokesman Dana Sandoval, meanwhile, said they will immediately impose the relief of officials accused in the NBI complaint.

“We have yet to receive a copy of the complaint, but if there are names included there that haven’t been relieved yet then we will immediately implement their relief,” Sandoval said in another statement to reporters.

Once relieved, Sandoval said the rogue Immigration officers “will be assigned to administrative division or back offices, and will not be given sensitive posts, pending the resolution of their case.”

While the fresh complaint against those accused in the “pastillas scam” did not undergo evaluation from NBI Legal Department, Dongallo said they followed proper procedure in filing the complaints before the Ombudsman.

Instead, Dongallo said the complaints underwent evaluation by seasoned investigators from the Office of the Deputy Director for Investigative Service.

(There are no issues. Our legal department is only recommendatory or advises us to recommend it. But the management still has a final say on the complaints. We did not violate any protocols.)

(They are lawyers and senior officials so I think they are the ones who have the ability to evaluate the case.)