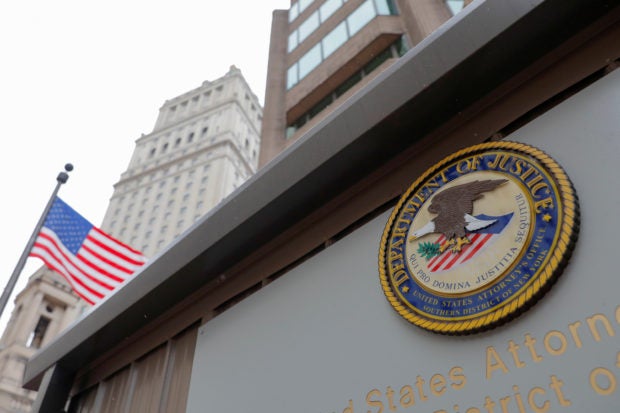 NEW YORK — The U.S. State Department backed down this week from legal battles over the citizenship of gay couples’ children who were born to surrogates overseas.

The gay couples had sued the State Department, claiming that their sexuality had led to the rejection of their children’s applications for passports.

The cases challenged the State Department policy recognizing surrogacy agreements, rules that apply to both straight and gay couples but that they claimed were targeted at same-sex couples.

“We’ve always been confident that the law was on our side, and it’s a relief to be vindicated,” Roee and Adiel Kiviti jointly told the Thomson Reuters Foundation.

Their dispute came when the Kivitis’ daughter Kessem, born in Canada via surrogate in 2019, was disqualified for U.S. citizenship.

“When we went into that passport office … to be singled out and asked invasive questions that others weren’t just because our daughter’s parents were two men was like a sucker punch,” they said.

“We were speechless when it happened.”

Kessem had been allowed to stay in the United States on a short-term tourist visa and had faced the possibility of deportation.

The State Department’s decision not to appeal a lower court’s decision in the Maryland family’s favor was disclosed on Tuesday by Lambda Legal and Immigration Equality, both LGBT+ rights groups.

The government had argued that the baby was only biologically related to Adiel Kiviti, a naturalized citizen who had lived in the United States less than five years.

Under U.S. immigration law, the biological parent of an applicant for citizenship must have lived in the country for more than five years.

Lawyers for the Kivitis argued that by law, children born abroad of married U.S. citizens automatically gain citizenship at birth.

In a similar case, the State Department decided not to appeal the case of an Atlanta, Georgia couple, Derek Mize and Jonathan Gregg, and the citizenship of their daughter Simone Mize-Gregg.

The couple was married in 2015, yet the State Department considered their daughter, born in 2018, to be out of wedlock, their court documents said.

“We are extremely grateful that this fight is over and won,” Mize and Gregg said in a statement.

“All we ever wanted was for Simone to be treated fairly. This process has reaffirmed for us that standing up for equal treatment is always right, no matter how difficult it is or long it may take.”

The State Department did not immediately respond to the Thomson Reuters Foundation’s request for comment.