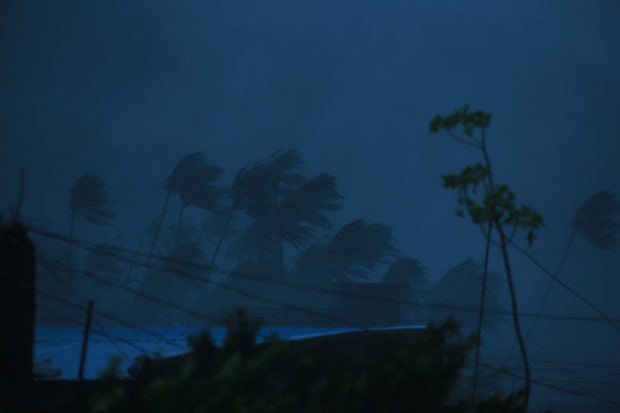 MANILA, Philippines — At least 16 people are dead and 3 are missing in the Bicol region after Typhoon Rolly (international name: Goni), the strongest tropical cyclone in the world in 2020, swept across the Philippines.

A regional report from the Office of Civil Defense (OCD) on Monday said six (6) of the fatalities were from Catanduanes while 10 were from Albay.

Three of those missing were from Guinobatan, Albay.

Storm signals were lifted across Luzon midday Monday as Rolly (now a tropical storm), moved away from the Philippines. It is expected to leave the Philippine area of responsibility on Tuesday morning.

Initial losses to agriculture in the Bicol region alone were estimated at P694.37 million.

A separate report from National Disaster Risk Reduction and Management Council (NDRRMC) said a total of 1,468,296 persons or 372,716 families were affected by Rolly in the regions of Cagayan, Central Luzon, Calabarzon, Mimaropa, and Bicol. Of these, 114,383 families or 416,195 persons were in evacuation shelters.

A rapid emergency telecommunications team from NDRRMC was deployed to Catanduanes after communication towers were toppled by the tropical cyclone.

At present, the state weather bureau is monitoring Tropical Storm Siony (international name: Atsani), which may affect the country in the coming days.