COVID-19 pandemic: Getting on a ‘flight to nowhere’ | Inquirer News
Close
menu
search

COVID-19 pandemic: Getting on a ‘flight to nowhere’

Passengers on Asiana’s A380 flight to nowhere on Saturday lean toward the windows to enjoy the view. (Yonhap)

SEOUL — On a Saturday morning in October, an Asiana Airlines flight carrying 250 passengers took off at Incheon Airport in the midst of a pandemic.

The destination? Nowhere, although it flew over Gangneung, Pohang, Gimhae and Jeju Island during the nearly two-hour flight.

As odd as it may sound to those who dread the idea of going to the airport, the destination-less flights, or “flights to nowhere” have become a hit of some sort with avid flyers in 2020 — a year when commercial flying has become hard to come by and quirky aviation-themed items such as in-flight meals are being sold on the ground. 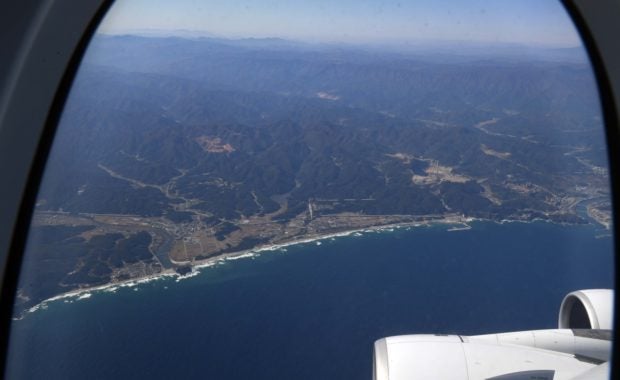 And with airlines around the world, including Taiwan’s EVA Air and Australian airline Qantas, having sold out tickets for similar flights, it was only a matter of time before South Korean airlines followed suit. In September, Air Busan flew the first flight to nowhere in the country and this month, Jeju Air and now Asiana have come on board.

On the morning of the flight, Terminal One of Incheon Airport was quiet as ever, void of the usual scenes of fast-walking passengers jostling with each other. Instead a few lonely-looking “Airstar” guide robots and staff members were helping a small number of people going on an international flight.

But at one gate for domestic flights, the mood was almost back to the pre-pandemic era as thrilled passengers arrived and were greeted with a goody bag. There were, of course, temperature checks and socially distanced seating on the plane, to keep the coronavirus risks in check.

Boarding procedures were fairly simple, with little to no waiting at the check-in desk. And with no need for luggage, lines moved quickly.

After buses carried a group of 30 passengers each from the boarding gate to the plane, people were greeted with familiar smiles from flight attendants. 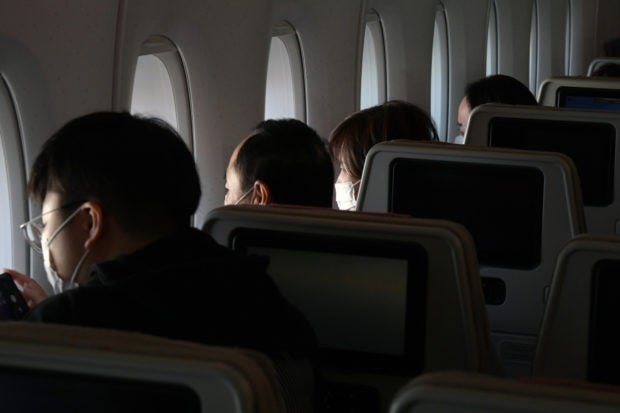 Up in the sky, there was a sense of reunion; in-flight entertainment to keep yourself entertained and an airline meal – chicken breast steak and tomato pasta – except it was served in a disposable container by cabin crew who were sporting protective gear such as goggles. There was no drink cart service.

In an announcement, the pilot said to everyone’s delight, “This is the Jeju control zone. We are flying in circles to get a nice view of Seongsan Ilchulbong Peak and the whole of Jeju Island.”

Though there was even a lucky draw, it was the view that seemed to have gone down the best. Some passengers exclaimed in excitement and leaned towards the windows to get a glimpse of the country from above.

Saturday’s special flight to nowhere flew at 10,000 feet (3,000 meters), according to the airline. That’s only one-third of the altitude at which commercial planes would normally fly — around 30,000 feet.

As the plane flew low, it gave passengers on window seats a closer look at some of the best looking parts of the country including Hallasan on Jeju Island and the Taebaek Mountains.

“Fortunately, we were able to fly at a lower altitude with the help of local air traffic authorities to make the occasion more special,” said chief pilot Jang Doo-ho who flew the plane.

And in a rather endearing moment, the pilot flew over the peak of Hallasan once again to give each side of the plane a better view before heading back to Incheon Airport.

One flight attendant on board said that seeing people’s smiles on the flight for the first time in a while made her feel a mixed bag of emotions.

The feeling appears to have been mutual with some passengers including Kang Min-soo, a 45-year-old dad, who was on Asiana’s first flight to nowhere with his son.

“We decided to fly because of my son and it was great to see Hallasan so up close. I’m glad to have helped airlines a little as well little when they are struggling,” Kang said as his son was just happy to have been on a plane amid a pandemic.

Not everyone is happy. Flights to nowhere have faced criticisms from environmental activists. In September, Singapore Airlines had to ditch a similar idea and instead launched a restaurant service inside its A380 aircraft.

At that time, Singaporean climate group SG Climate Rally said the flights to nowhere “encourage carbon-intensive travel for no good reason” and are only a “stop-gap measure” that are not helpful to the climate crisis.”

But airlines are under pressure to seek ways to keep their businesses afloat.

“It’s a struggle for survival,” said Hurr Hee-young, a professor at Korea Aerospace University, explaining that air travel is a derived demand that comes from holidays and work trips.

“Flights to nowhere are not going to be of great financial help. But it might be better than keeping the planes on the ground in terms of aircraft maintenance and guaranteeing flying hours for pilots,” he said.