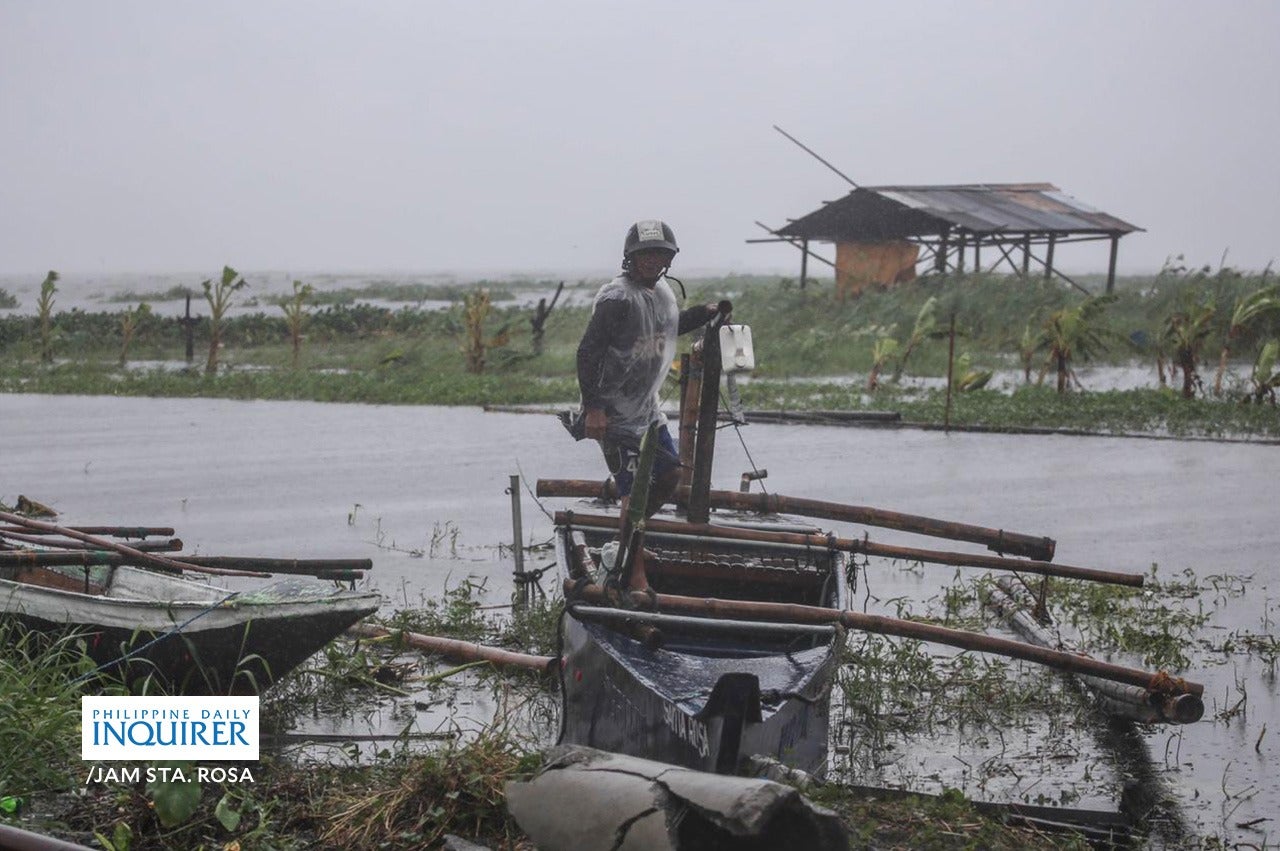 MANILA, Philippines — With over a quarter of the country’s total population projected to be on super typhoon Rolly’s path, government agencies scrambled on Sunday to be all hands on deck to brace for impact.

At a briefing on Sunday, following Rolly’s second landfall on Tiwi, Albay, Office of Civil Defense Director and National Disaster Risk Reduction and Management Council Executive Director Ricardo Jalad said that up to 31.9 million Filipinos are on the super typhoon’s anticipated path across 12 regions as it moves in a west southwesterly direction.

He said that the “exposed population” are from Metro Manila; the Bicol region; Calabarzon; Mimaropa; Central Luzon; the Ilocos region; Cagayan Valley; the Cordillera Administrative Region; the Eastern Visayas; Central Visayas; the Western Visayas and the Zamboanga Peninsula.

As of Sunday morning, 96,543 families or 346,993 persons were preemptively evacuated to safer ground in Metro Manila, CAR, Central Luzon, Calabarzon, Bicol, and the Eastern Visayas.

The Armed Forces of the Philipines has tapped some 4,000 of its personnel for disaster response units while the Department of Health has prepositioned some P26.5 million of medicine, health kits, as well as personal protective equipment in the different centers for health development with another P21.6 million on standby at the DOH central office.

Jalad noted: “For the food and nonfood items cluster being led by the Department of Social Welfare and Development, family food packs have been readied in several strategic locations all over the country. The cluster has also prepared available National Food Authority (rice) and its quick response funds as standby fund.”

The DSWD has prepared 114,007 family food packs and placed on standby some P282.8 million in funds for relief efforts.

Flight operations at the Ninoy Aquino International Airport (NAIA) were shutdown starting 10 a.m. of Sunday for “the safety of air passengers and personnel from the threat of super typhoon Rolly.”

The 24-hour closure of all flight operations was agreed on by the aviation sector following an assessment of the super typhoon’s threat to flight and passenger safety.

According to Manila International Airport Authority General Manager Ed Monreal, “For the duration of the 24-hour closure, the Naia Terminals will be closed,” appealing to the public to not proceed to the Naia while it is on shutdown.

Monreal advised passengers to immediately coordinate with their airlines to get instructions about their new flight schedules, adding, “Once Naia reopens at 10 a.m. of November 2, priority will be given to scheduled flights on the same day. Flights affected by the 24-hour closure will be slotted in a way that would cause a minimal delay in the passengers’ travel plans.”

The Philippine Coast Guard (PCG) was also placed on a full alert status with a no-sail policy in effect in anticipation of Rolly’s onslaught.

PCG units in Bicol, the National Capital Region, the Southern Tagalog Region and the Eastern Visayas, have made preparations to immediately respond to sea incidents in the areas.