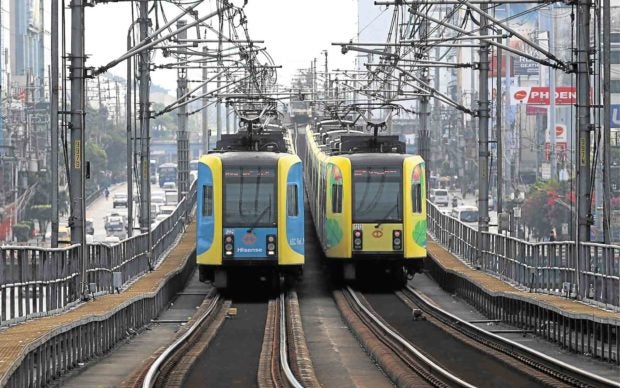 MANILA, Philippines — Railway services in Metro Manila, which is under Tropical Cyclone Wind Signal (TCWS) Signal No. 4 due to Super Typhoon Rolly, have been suspended on Sunday.

“Due to severe weather conditions brought about by typhoon Rolly, train service of PNR is temporarily SUSPENDED until further notice,” DOTr said.

“Passengers and employees who are already on trains and stations will be ferried to their destinations,” DOTr said.

Metro Manila is under Signal No. 4 based on the latest weather bulletin.