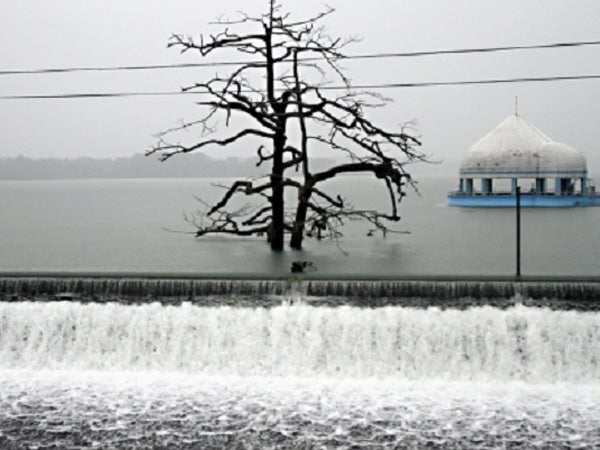 According to Richard Orendain, a hydrologist at Philippine Atmospheric, Geophysical, and Astronomical Services Administration (Pagasa), the La Mesa Dam was also placed under “Red Alert” due to Rolly,

Meanwhile, Orendain said there is a possibility that the Ipo Dam in Norzagaray, Bulacan will also be releasing water as it is nearly at its “spilling level.”

(Ipo Dam could possibly release water because it is a small dam and the spilling level is at 101.5 meters. it is now almost .5 meters away from its spilling level so it is possible that the dam will be filled because of the typhoon.)

Meanwhile, Orendain also warned of a possible water level increase of about 3 meters to 5 meters at the Angat Dam in Norzagaray, Bulacan.

He, however, assured that Angat Dam will not reach its spilling point.

The hydrologist also warned of a possible increase of about 2 meters to 4 meters in the water level of the  Pantabangan Dam in Pantabangan, Nueva Ecija.

In San Roque Dam, located at San Manuel, Pangasinan, the water level could increase by about 2 meters to 4 meters.

Rolly was last spotted at 345 kilometers east of northeast Virac, Catanduanes as of 4 p.m.

The typhoon is packing sustained winds of 215 kilometers per hour (kph) near the center and gustiness of up to 265 kph as it heads to the Bicol region.