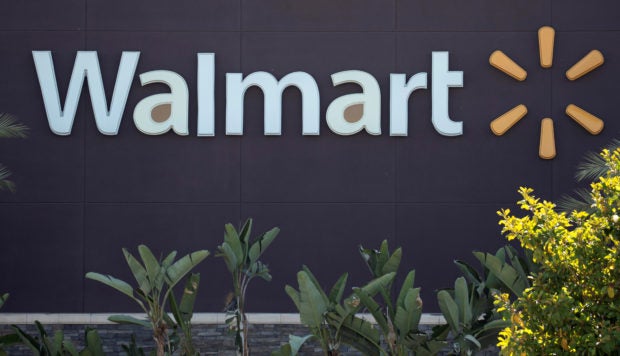 FILE PHOTO: The logo of a Walmart Superstore is seen during the outbreak of the coronavirus disease (COVID-19), in Rosemead, California, U.S., June 11, 2020. REUTERS/Mario Anzuoni

NEW YORK — Walmart Inc removed firearms and ammunition from U.S. store floors this week to protect customers and employees as tensions across the country have been rising, the world’s largest retailer said on Thursday.

The move comes days before the U.S. presidential election on Nov. 3, with many worried that the result could be contested or spark violence.

“We have seen some isolated civil unrest and as we have done on several occasions over the last few years, we have moved our firearms and ammunition off the sales floor as a precaution for the safety of our associates and customers,” a Walmart spokesman said. The company does not have a date for when it will place the guns and ammunition back on the shelves, he added.

The Bentonville, Arkansas-based retailer, which sells firearms in approximately half of its more than 5,000 U.S. stores, will still sell the items upon request, it said.

Retailers have been on edge after raiders earlier this year smashed windows, stole merchandise and, at times, set stores ablaze in Chicago, New York, Los Angeles, Portland and other U.S. cities. In an another trend that has fed concern, gun sales in the United States this year have reached record highs, and more first-time buyers have purchased firearms recent months.

In June, Walmart pulled firearms and ammunition from some U.S. sales stores amid nationwide protests over the death of an unarmed black man, George Floyd, at the hands of police in late May.

Last year, the retailer stopped selling ammunition for handguns and some assault-style rifles in all its U.S. stores. It has also in the past called for a strengthening of background checks for gun buyers and action to take guns out of the hands of those who pose a risk of violence.

Shares of the retailer were trading roughly flat after the bell.