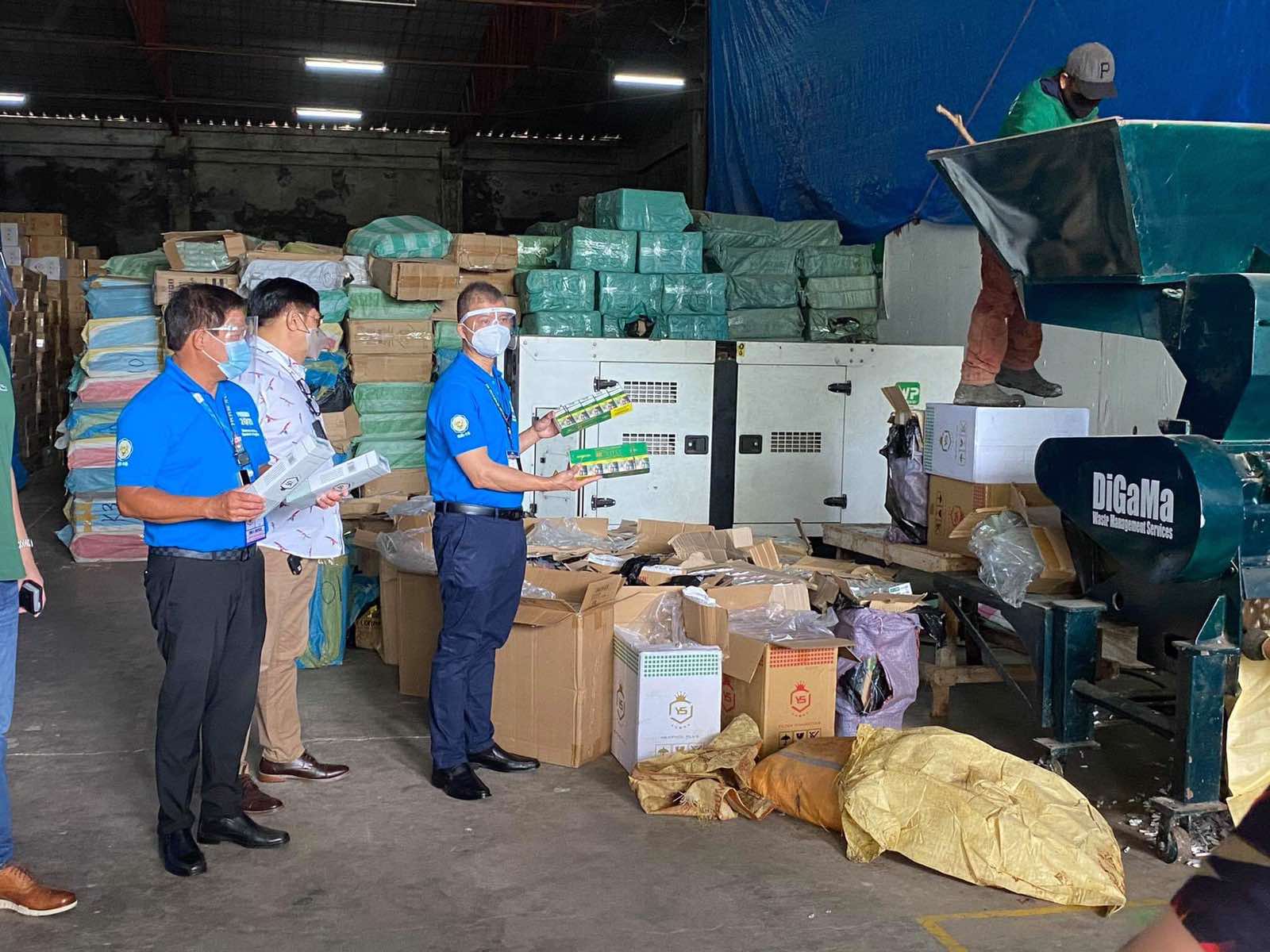 Officials of the Bureau of Internal Revenue in Northern Mindanao oversee the destruction of confiscated illegal cigarettes. PHOTO FROM BIR REVENUE REGION 16

CAGAYAN DE ORO CITY—Untaxed cigarettes, worth at least P1.2 billion, were destroyed by the Bureau of Internal Revenue (BIR) on Wednesday (Oct. 28) at a waste disposal facility here.

The cigarettes have either no BIR stamps or bore counterfeit stamps.

The tobacco products were seized in a series of operations conducted by the BIR and the National Bureau of Investigation (NBI) in the cities of Cagayan de Oro and Iligan and in the province of Misamis Oriental in 2019 and early this year.

The agency said a total of 7,219 master cases and 232 reams of cigarettes were forfeited pursuant to Revenue Regulation No. 7-2014 with accumulated unpaid excise of at least P1.2 billion.

A master case is said to contain at least 10,000 pieces of cigarettes, with various brands, although the BIR did not divulge the specific brand names.

Johaira Said Badron, chief legal officer of the BIR in Northern Mindanao, said criminal complaints have been filed against those believed to be involved in the production and trading of the cigarettes for violation of the National Internal Revenue Code of 1997.

The BIR identified the errant firms as KDI Cargo Logistics Inc., Ban-Ban, Timberwood Development Corp. and two other entities that are still being investigated.

Badron said the BIR was clamping down on smuggling and manufacturing of untaxed cigarettes “because, outside of foregone revenue for the government, we are also trying to protect the businesses of legitimate manufacturers who are paying their taxes dutifully.”