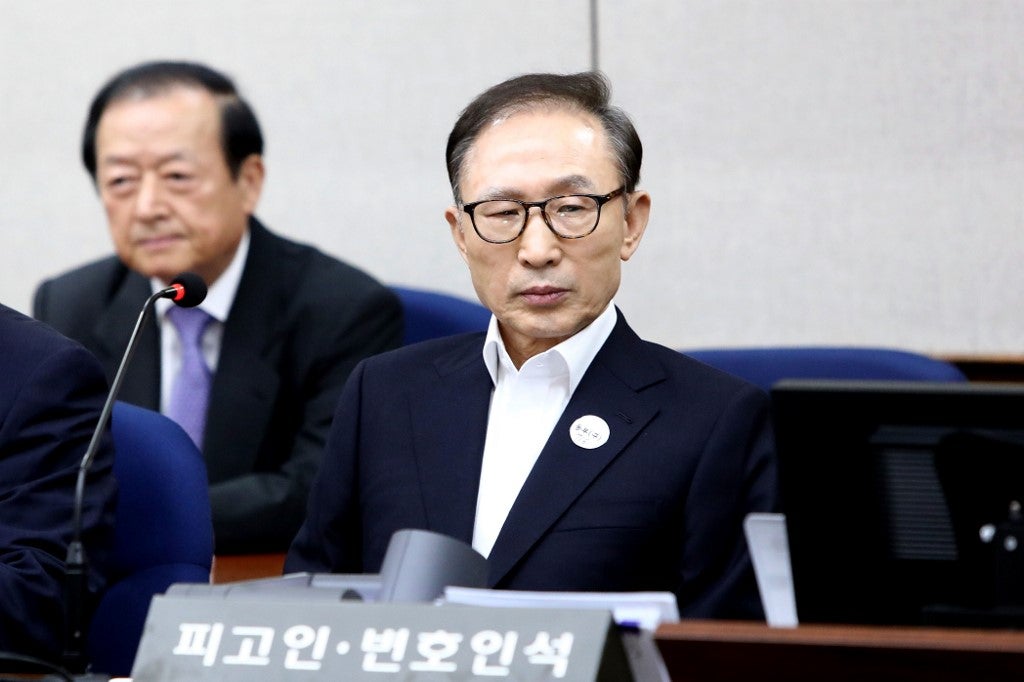 The conservative Lee, who served as president from 2008 to 2013, had been out on bail awaiting the ruling and was not in court for the decision.

The ruling is not subject to further appeal and at age 78 means Lee is likely to die in prison unless he receives a presidential pardon.

Police were seen at his Seoul home to take him back to prison, but according to Yonhap news agency he requested a delay citing health reasons, which was accepted. He will be taken into custody on Monday.

That will mean all four of South Korea’s living former presidents are either behind bars or have served jail terms — often as a result of investigations begun under successors who are political rivals.

Lee was first convicted in late 2018 and jailed. An appeals court later increased his sentence to 17 years but granted him bail pending a further appeal to the nation’s highest court.

The Supreme Court on Thursday upheld his conviction for embezzling 25.2 billion won ($22 million) and accepting bribes totaling 9.4 billion won, as well as the 17-year sentence.

Lee is also subject to a 13-billion-won fine and must forfeit assets of 5.7 billion won.

“There was no legal fallacy in the appellate court’s ruling on bribery and embezzlement,” the Supreme Court said in a statement.

Lee’s conservative successor Park Geun-hye is currently serving 20 years in jail for bribery and abuse of power after being ousted in 2017 over a corruption scandal that prompted massive street protests.

Another former leader, the liberal Roh Moo-hyun, took his own life after being questioned in a corruption probe involving his family — an inquiry that took place during Lee’s presidency.

Roh was the political mentor of incumbent President Moon Jae-in, who served in the Blue House throughout Roh’s presidency, including a year as his chief of staff.