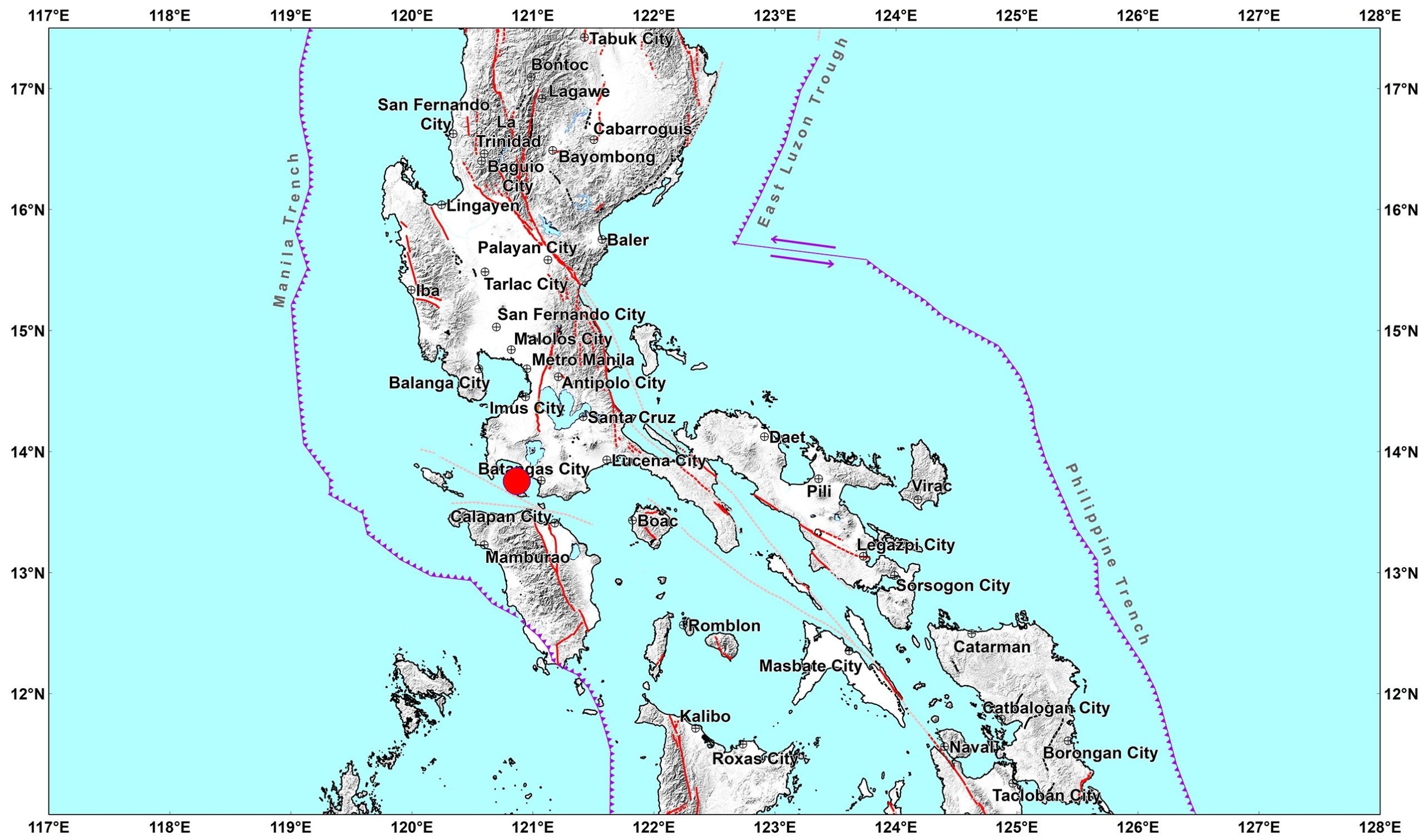 MANILA, Philippines — A magnitude 5.0 earthquake (which was earlier recorded at 4.5 magnitude) hit Batangas and jolted other areas including Muntinlupa and Quezon City on Thursday, the Philippine Institute of Volcanology and Seismology (Phivolcs) said.

The quake was of tectonic origin and had a two-kilometer depth of focus.

Two hours later, another earthquake struck Mabini town, which was an aftershock of the magnitude 5.0 temblor.

The tremor was also of tectonic origin, having a two-kilometer depth of focus.

Other areas also felt the earthquake, according to Phivolcs:

Phivolcs said that no damage was expected from both earthquakes.