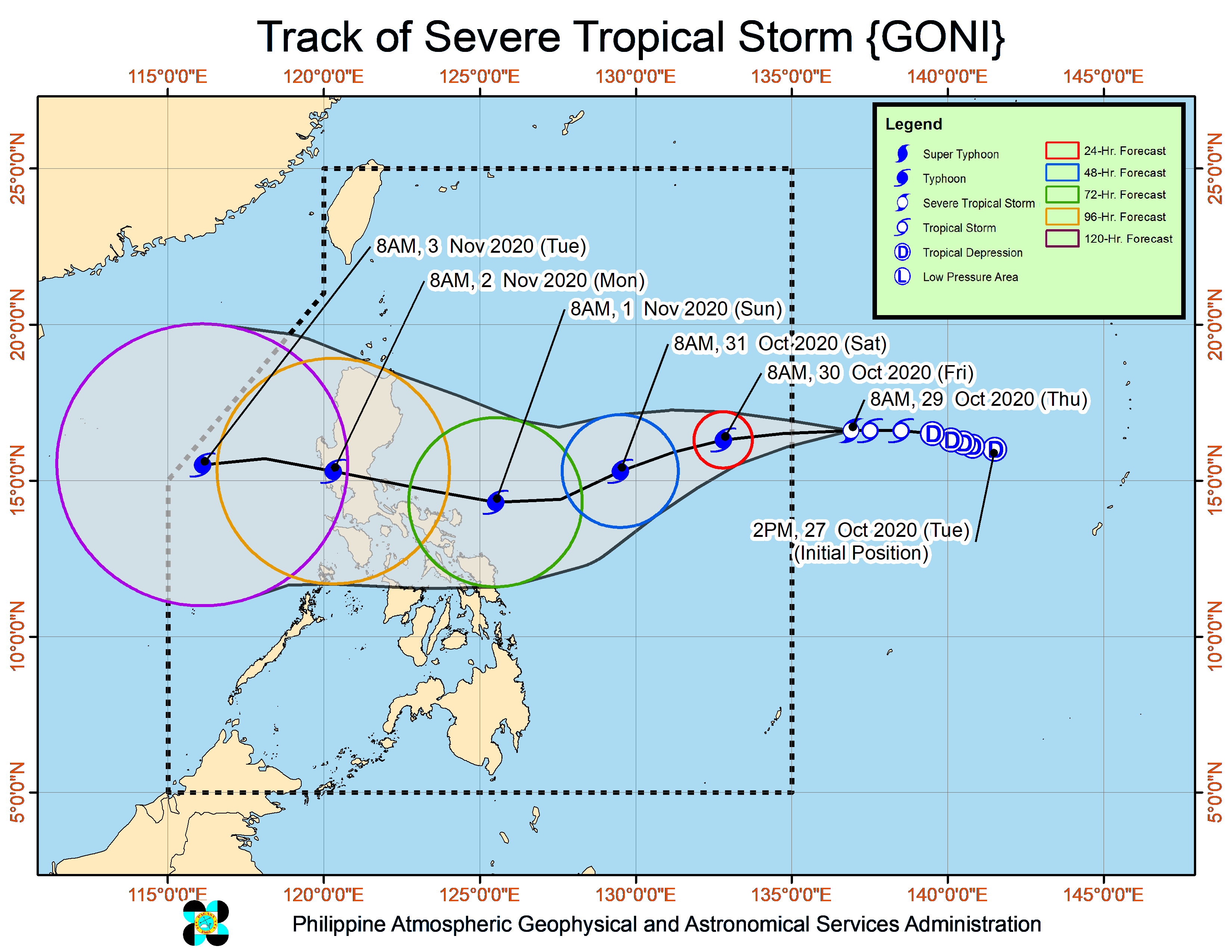 MANILA, Philippines — Tropical Storm Goni which is being monitored outside the Philippine Area of Responsibility (PAR) has rapidly intensified to a severe tropical storm, the state weather bureau said Thursday.

In its 11 a.m. weather bulletin, the Philippine Atmospheric Geophysical and Astronomical Services Administration (Pagasa) said Goni has further developed into a severe tropical storm of 8 a.m. on Thursday.

Goni is expected to enter the eastern boundary of the PAR between Thursday afternoon or Thursday evening. Once it enters the PAR, Goni will be renamed Rolly.

Based on Pagasa’s latest data, Goni was last spotted at 1,545 kilometers east of Central Luzon.

The severe tropical storm also packed maximum sustained winds of 95 kilometers per hour (kph) near the center and gustiness of up to 115 kph.

The severe tropical storm was forecast to intensify to a typhoon within 24 hours and will continue to intensify while moving over the Philippine Sea, Pagasa said.

State meteorologists said that while Goni has no direct effect on any part of the country as of the moment, it may bring heavy rains over the eastern sections of Central and Southern Luzon either by Friday or the weekend as it moves closer.

Pagasa also said Tropical Cyclone Wind Signal No. 1 may be raised over some provinces in the Bicol Region and in Northern Samar by Friday evening.

Meanwhile, Pagasa is also monitoring another tropical depression outside the PAR and was last spotted at 2,510 kilometers east of Mindanao.

This tropical depression is also packing maximum sustained winds of 55 kph and gustiness of up to 70 kph and was spotted moving west-northwestward at 15 kph.

Pagasa said the tropical depression is expected to enter the PAR between Monday, Nov. 2, or Tuesday, Nov. 3.