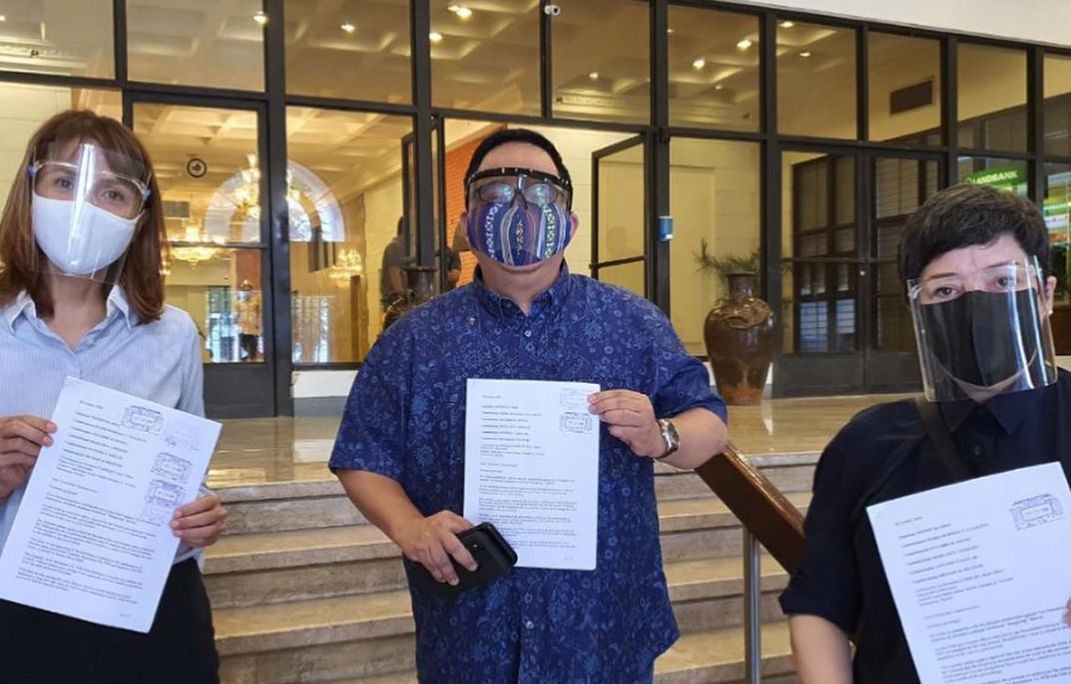 Agot Isidro, Noel Ferrer and Pia Magalona at the Comelec office in Intramuros, Manila as they send their letter of appeal to the poll body on Wednesday, Oct. 28, 2020. Image: Instagram/@iamnoelferrer

MANILA, Philippines — Several celebrities led by Agot Isidro on Wednesday appealed to the Commission on Elections (Comelec) to protect the millions of votes when it issues a comment on the bid of former senator Ferdinand “Bongbong” Marcos Jr. to nullify the election results in three Mindanao provinces.

Isidro, Pia Magalona, and entertainment writer and manager Noel Ferrer personally went to the Comelec main office in Intramuros, Manila to submit the letter of appeal addressed to poll body chair Sheriff Abas and to the commissioners.

The appeal comes as the  Supreme Court, sitting in as the Presidential Electoral Tribunal (PET), gave the Comelec 20 days to submit its comment on issues related to Marcos’ bid to nullify election results in Lanao del Sur, Basilan, and Maguindanao due to alleged anomalies.

In their letter, the celebrities urged to “underscore the enforcement of election rules, particularly Comelec Resolution No. 9720 and Rule 65 of the PET Rules.”

“The Comelec, in its Resolution No. 9720, indicated that a Division [might] dismiss the protest, without further proceedings, if no reasonable recovery could be established from the pilot protested precincts,” the letter read.

“With Rule 65 also stating the same, Marcos’ election protest should have been dismissed a long time ago since he failed to gain substantial recovery from the pilot provinces that he himself identified,” the letter added.

The celebrities then reiterated its appeal to the poll body to uphold the implementation of the said rules “so as not to disenfranchise millions of voters and to preserve our election processes and the faith of the Filipino people that justice has no color.” [ac]