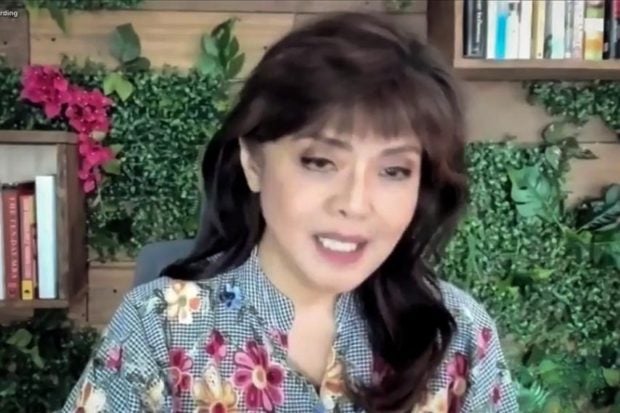 MARCOS’ PROPOSALS: Sen. Imee Marcos announces several proposals contained in the bill she has filed, Senate Bill No. 1545 seeking to amend Republic Act No. 9160, otherwise known as the Anti-Money Laundering Act (AMLA) of 2001, during the virtual hearing of the Committee on Banks, Financial Institutions and Currencies Wednesday, October 28, 2020. (Screen grab/Senate PRIB)

Marcos said the government could consider matching the country’s threshold to the global threshold for casino cash transactions which is at $10,000 (approximately P483,550).

“We are in this effort, which is a legitimate and desirable one, that we comply with international standards and yet this is clearly not compliant at P5 million,” she said in a Senate hearing tackling the amendments to the Anti-Money Laundering Act.

(Maybe it is better if we lower the P5 million threshold because we all know that online and illegal gambling are rampant.)

For its part, the Philippine Gaming Corporation said the Asia Pacific Group, in its mutual evaluation report, did not find the P5 million threshold a “big issue.”

“For the Philippine setting, the mutual evaluation has already evaluated and assessed the Philippine situation and they did not point that [threshold] out as a weakness of our AMLA,” Dave Sevilla, Pagcor head of anti-money laundering supervision and enforcement, said.