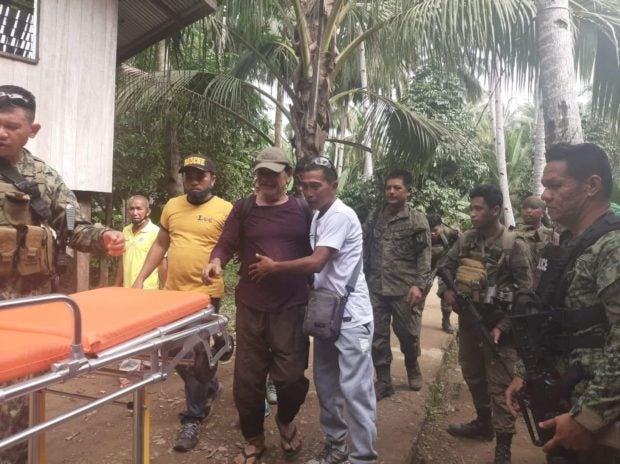 MANILA, Philippines — Police on Tuesday nabbed one of the suspects allegedly behind the Sept. 16 kidnapping of Rex Triplitt, a farmer in Sirawai, Zamboanga del Norte.

Tungayao, who was carrying an M16 rifle, was immediately apprehended by the law enforcers during the operation, Estomo said.

Another suspect Injam Yadah, who is also an accomplice in the kidnapping of Triplitt, managed to escape the arrest.

Prior to Tungayao’s arrest, Estomo said the suspects were supposed to launch another kidnapping in the area when the police foiled their plan.

Tungayao is now under the custody of PNP-AKG.

The military said the captors of the farmer are allegedly allied with an Abu Sayyaf Group led by Yadah.