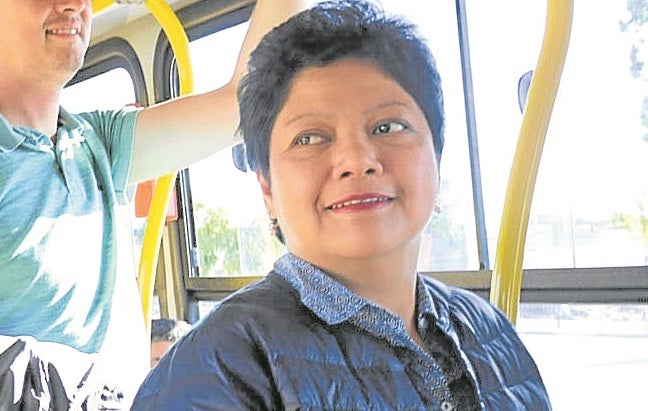 MANILA, Philippines — Senate Majority Leader Juan Miguel Zubiri and Senator Joel Villanueva deplored on Tuesday the alleged maltreatment suffered by a household staffer in the hands of the country’s ambassador to Brazil, as they also called for a swift investigation on the matter.

“While watching the video, I was horrified to see the brazenness of our ambassador to Brazil in physically maltreating the embassy service staff. I cannot imagine how people in her position could enact such violence to the very people they are sworn to protect,” Zubiri said in a statement.

“How can we demand foreign employers of our OFWs, especially domestic helpers, to respect their rights and not maltreat them, when the very people who are supposed to protect and defend them abroad are the ones abusing them? This is such a terrible incident and a black eye on our image abroad,” the senator added.

Zubiri said he will see to it the “logical conclusion” of the incident and asked the service staffer to come forward and confront her “abuser.”

Meanwhile, Villanueva, chair of the Senate committee on labor, described the alleged abuse and maltreatment that the Filipino domestic worker suffered in the hands of Mauro as “deplorable and conduct unbecoming a diplomatic official who should be watching out for the welfare of their countrymen in a foreign land instead of inflicting harm.”

Like Zubiri, Villanueva also called on the Department of Foreign Affairs to begin swiftly its investigation on the matter.

(Our embassies should be taking care of the welfare of our people overseas. How can they trust our embassies if our ambassador is involved in perpetuating the abuse? We strongly condemn this incident, and we ask the DFA leadership to investigate our ambassador to Brazil.)

He added that the incident should also serve as notice to the diplomatic service that as representatives of the Philippines to a foreign land, they are expected to protect the well-being of Filipinos “starting with the ones at their own backyards.”

Further, the senator urged the DFA to examine existing grievance mechanisms to ensure that Filipinos have immediate recourse to DFA Manila when incidents like this happen.

“This incident must give focus on what kind of grievance procedure our Embassies provide our OFWs. The DFA should recheck if there is an active system that actually works in providing protection to OFWs and any case of abuse and maltreatment does not go unchecked,” he said.