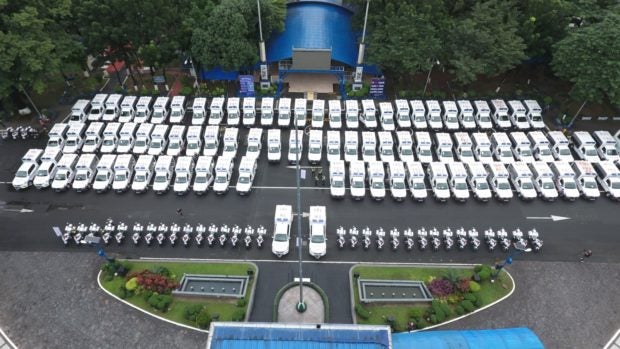 The new patrol jeeps will be sent to municipal police stations and the Misamis Occidental provincial police force, the PNP statement said.

The motorcycles, intended for the Highway Patrol Group, would improve police response to street crimes, especially those involving motorcycle-riding suspects.

The rifles will be given to mobile forces and high-risk police stations while the handheld radios will be distributed to the National Capital Region Police Office.