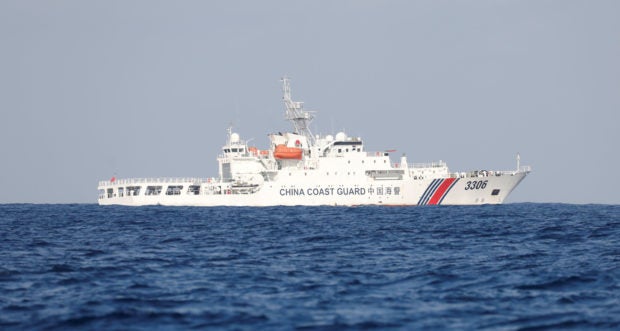 WASHINGTON, United States –  The United States said Friday it will deploy Coast Guard patrol ships in the western Pacific to counter “destabilizing and malign” activities by China in disputed fishing grounds of the South China Sea.

These Sentinel class vessels will carry out maritime security operations, including helping fishing boats “in collaboration with regional partners who have limited offshore surveillance and enforcement capacity, and ensure freedom of navigation,” he said.

Washington regularly accuses China of breaking international law by sending its warships as escorts for Chinese fishing vessels into the fishing grounds of other countries.

In July, US Defense Secretary Mark Esper slammed a “catalog of bad behavior” in the South China Sea over the previous months and accused the Chinese military of having sunk a Vietnamese fishing boat, harassing Malaysian oil and gas development and escorting Chinese fishing fleets into Indonesia’s exclusive economic zone.

O’Brien added that the Coast Guard, which is under the Department of Homeland Security (DHS), was also studying whether to permanently station several of its patrol ships in the area of American Samoa in the South Pacific.

Last month, Indonesia protested about an incursion by Chinese coastguard ships in its exclusive economic zone, which is situated between its own territorial waters and international waters and where the state claims exclusive rights to exploit natural resources.

China claims almost the whole of the South China Sea as its own, a claim contested by several countries including Malaysia, Taiwan,the Philippines, and Indonesia.