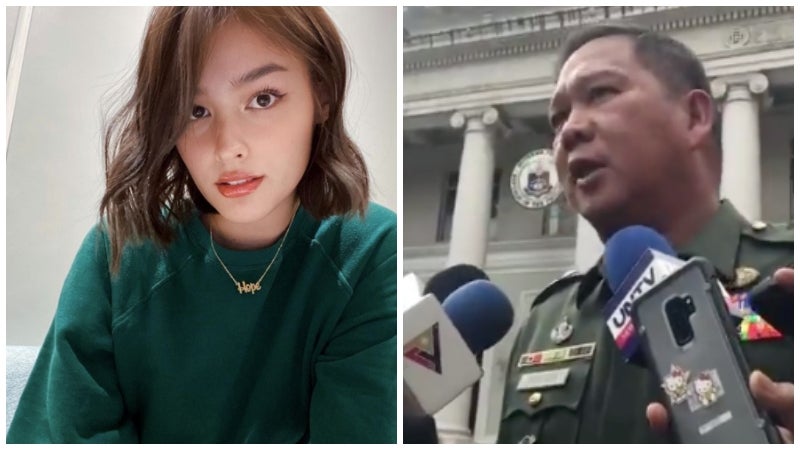 MANILA, Philippines — The Commission of Human Rights (CHR) on Friday raised deep concerns over the warning given by Armed Forces of the Philippines (AFP) Southern Luzon Command chief Lt. Gen. Antonio Parlade Jr. to actress Liza Soberano and Miss Universe 2018 Catriona Gray, saying it is “tantamount to harassment and red-tagging.”

“CHR is deeply concerned with the warning made by Lieutenant General Antonio Parlade Jr. against female celebrities Liza Soberano and Catriona Gray following their vocal support for women’s rights and the participation of the former in an online forum to speak up for victims of gender-based violence and abuse,” CHR Commissioner Gwendolyn Pimentel-Gana said in a statement.

“Such remarks are tantamount to harassment and red-tagging. Coming from a high-ranking military official, such a statement is a form of suppression and restriction that serves to dissuade those who speak up for their beliefs and advocacies,” she added.

Gana said the Constitution guarantees the freedom of thought, expression, and participation of every Filipino, including celebrities.

Everyone, the CHR official, said “have the right to express their beliefs and convictions and to participate in activities in line with these beliefs.”

“As a democratic society, everyone has the freedom to advocate and support a cause, free from any intimidation or harassment,” she added.

This, after Soberano previously appeared on Gabriela Youth’s webinar titled “Mga Tinig ni Nene: Reclaiming Our Voices on the International Day of the Girl Child”, where she took a stand on the issue of violence against women and children.

Gray, meanwhile, has been notably supportive of causes involving women and children.

“The choice is yours Liza. And so with you Catriona. Don’t follow the path Ka Ella Colmenares (Locsin) took in the underground and NPA (New People’s Army) Quezon. I am sure Angel Locsin and Neri Colmenares will not tell you this,” Parlade said in a Facebook post Tuesday.

But Gana reminded officials, especially those involved in national security, to stay true to their duty of serving and protecting the people.

“The female celebrities aim to advocate for the rights of women, especially victims of abuse—a vulnerable sector that the government is duty-bound to protect,” the CHR commissioner went on.

“[F]ocus on promoting the rights and freedoms enjoyed by the people instead of perpetuating fear and instigating distrust among the populace against those who speak truth to power in defense of the weak and the voiceless,” Gana added.

Parlade has denied red-tagging the female celebrities, stressing that he had nothing against women’s rights but noted that he was against Gabriela.

He insisted that his statement was taken “out of context.”