PUERTO PRINCESA CITY—Just as tourism and local government officials were preparing to reopen to visitors the beaches of El Nido in Palawan province, hailed as the 2020 “best island in the world,” photos and videos surfaced on social media on Thursday showing a portion of its beach that has turned black after sewage water was allegedly pumped into the sea.

Video footage and photos posted on social media by a “worried citizen,” who was unnamed, showed “vile brownish black liquid” running onto a popular tourist beach from a drainage system.

Municipal administrator Raffy Cabate, however, denied the claim of beach discoloration and insisted that the photos and videos were merely “reposted from last year.”

“It was a repost from what happened last year. We will call whoever reposted it and be subjected for investigation. If found intentional, we will recommend that the municipal council issue a resolution citing the person for economic sabotage,” said Cabate in a text message to the Inquirer on Thursday.

Raul Maximo, municipal environment and natural resources officer, in a separate phone interview on Thursday, said they conducted an ocular inspection merely minutes after the photos and videos surfaced online and found no trace of contamination.

Some residents, who declined to be named for fear of reprisal, insisted that the alleged water contamination video and photos were taken on Wednesday. A source said the brackish waste must have been washed away by the strong rain that occurred on Wednesday night up to early on Thursday.

The video and photos surfaced just as Tourism Secretary Bernadette Romulo-Puyat was set to arrive in the globally renowned tourist destination on Friday to inspect the readiness of El Nido to accept domestic tourists from outside of Palawan.

Rebranded as “Our Safe Haven,” the town has reopened its tourism industry for local travelers on Sept. 30, some six months after visitors were barred when the coronavirus pandemic struck in March. 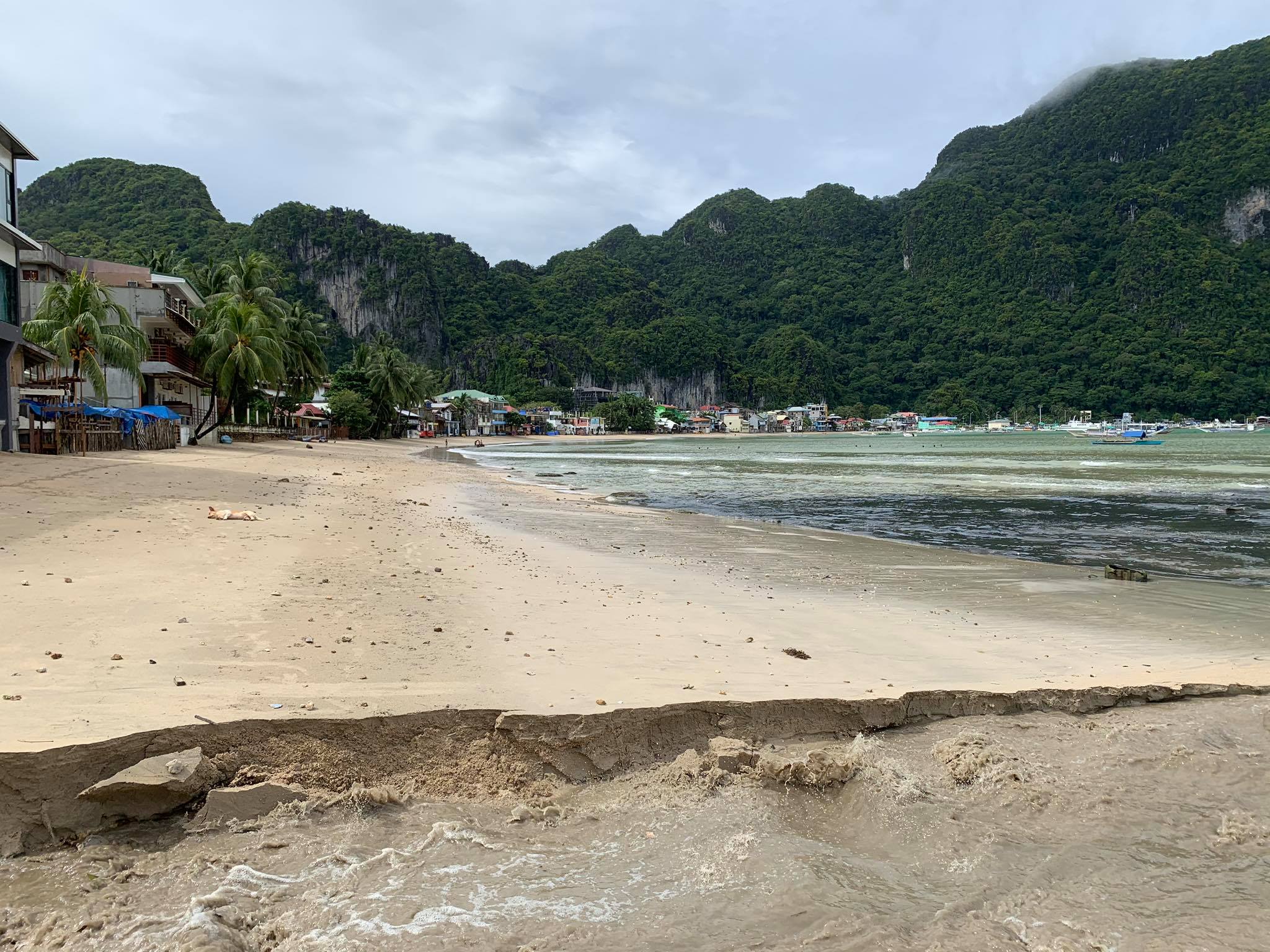 OLD OR NEW? Portions of El Nido beach in Palawan province turned black after sewage water was pumped into the sea on Wednesday, in this photo sent to the Inquirer by a resident of the town. El Nido officials belie the claim of new incident, saying the photo was taken last year. —CONTRIBUTED PHOTO

Maximo said El Nido also had a new P520.8-million sewage treatment plant (STP) that is now 90-percent complete and expected to be operational by this month. The STP, a joint project of the provincial and municipal governments, would ensure that whatever “brownish black waste water” that would be expelled by establishments in the town would turn “almost pristine water” and “without bad smell” when expelled to the sea, he added.

Since last year, “extensive programs” have been lined up for El Nido’s rehabilitation including rewalling of Buena Suerte creek, identification of new sanitary landfill, construction of collection tank for wastewater and installation of STP facility.

As of Oct. 22, El Nido town has only recorded two COVID-19 cases, both asymptomatic patients who had travel history in Luzon. Both patients have since recovered.