MANILA, Philippines — With no less than Pope Francis making a case for civil protection for same-sex couples, Catholic lawmakers “no longer have a basis” to oppose the passage of civil union laws for members of the Pride community, Malacañang said Thursday.

“Depende na lang iyan sa prioridad ng Kongreso (That depends on the priority of Congress). But with no less than the Pope supporting it, I think even the most conservative of all Catholics in Congress should no longer have a basis for objecting it,” Roque said.

The papal approval of same-sex unions came from a documentary entitled “Francesco” where the pontiff was quoted as saying: “Homosexual people have a right to be in a family. They are children of God and have a right to a family. Nobody should be thrown out or be made miserable over it.” 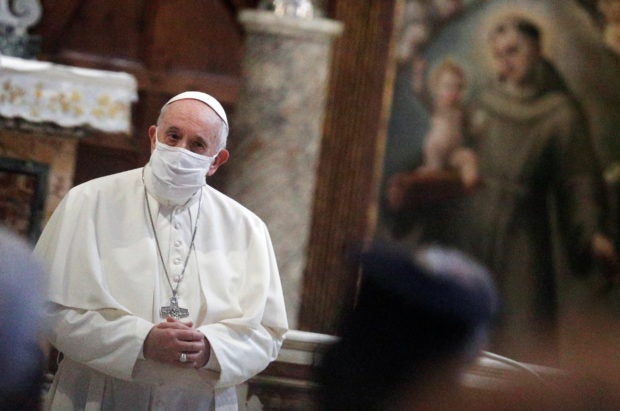 “What we have to create is a civil union law. That way they are legally covered. I stood up for that,” the Pope further said.

In Catholic-dominated Philippines, legalizing same-sex marriage remains one of the most polarizing issues, with the Church teaching “homosexual acts” as sinful.

In December 2017, Duterte said in a speech that he was in favor of changing the law to allow same-sex marriage in the Philippines.

But Roque then explained that the President was only referring to a same-sex civil union.