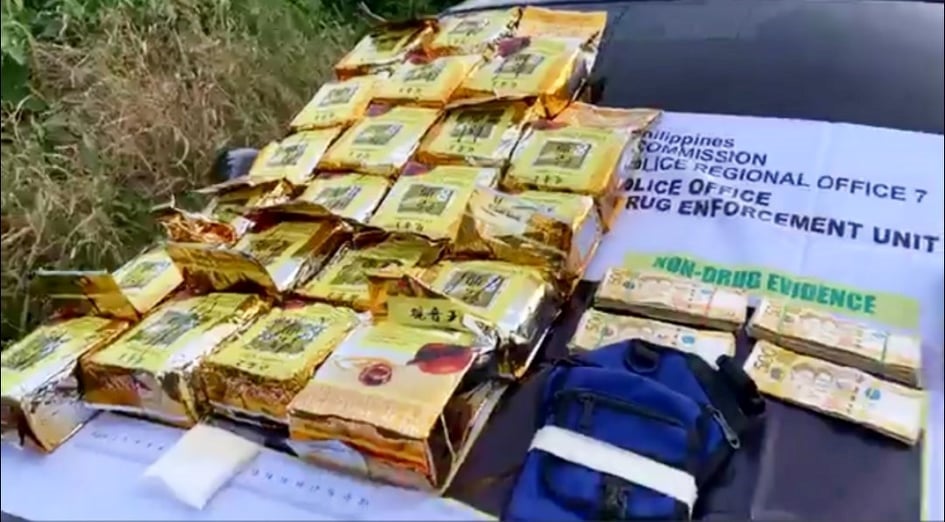 At least P150 million worth of shabu (methamphetamine) packed in tea plastic bags were seized by authorities in Lapu-Lapu City. (NESTLE SEMILLA/INQUIRER VISAYAS)

CEBU CITY—At least P150 million worth of shabu, or crystal meth, had been seized from an alleged big-time narcotic distributor in Lapu-Lapu City, Mactan Island on Wednesday (Oct. 21).

Brig. Gen. Albert Ignatius Ferro, director of the Central Visayas police, said Lumanog was a member of a drug syndicate operating in Cebu and Metro Manila.

Ferro said Lumanog was “one of our to priority high-value targets” in Central Visayas.

At least 22 kilos of meth seized from Lumanog was packed in tea plastic bags, which Ferro said made it difficult to identify.

Charges of violating the Comprehensive Dangerous Drugs Act of 2002 are going to be filed against Lumanog, a non-bailable case.

Lumanog is currently detained at the Central Visayas police office.