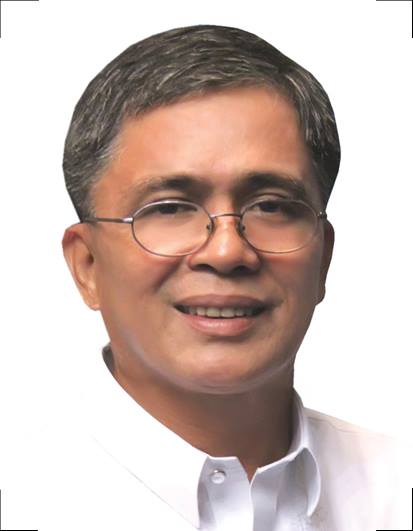 MANILA, Philippines — Newly-elected Minority Leader Joseph Stephen “Caraps” Paduano assured Wednesday he will be a “fiscalizing and balancing” force in the House of Representatives despite supporting the speakership bid of Speaker Lord Allan Velasco.

In an online interview with reporters days following his election, Paduano underscored the importance of the minority bloc’s rapport with the majority and the leadership of the House.

This, however, should be done without sacrificing the fiscalizing and balancing role of the minority bloc, said Paduano.

“Ngayon, ang medyo advantage lang is [Now, the only advantage is], the minority, without sacrificing the fiscalizing role, balancing role of the minority, at least we have rapport to the speaker and leadership. Kasi kailangan mo niyan e [Because you really need that],” Paduano said.

“Example, priority bills ng minority, pag-usapan ‘yan sa rules. Alam mo naman sa rules, question of numbers. Sa numero talo kami dyan. Kaya there are a lot of things or a lot of matters we have to discuss with leadership pa,” he added.

(Example, priority bills of the minority, it will be discussed in the rules. Of course you know what happens in the rules, it’s a question of numbers. When it comes to numbers, we are disadvantaged. That is why there are a lot of things or a lot of matters we have to discuss with leadership.)

Paduano said he has been a member of the House’s minority bloc since the 17th Congress under the leadership of then minority leader Danny Suarez.

“For me medyo mahirap nasa majority ka because there are some issues that you should tow the line with majority coalition during that time,” Paduano said.

(For me it’s hard if you are in the majority because there are some issues that you should tow the line with majority coalition during that time.)

“’Yung time nung approval ng death penalty bill, I voted no. but day before the votation, I tendered my resignation sa majority and sa lahat ng committees ko including vice chairmanship. There was a decision from the Speaker and leadership na dapat lahat ng majority boboto that’s why I resigned and after that I became independent for next two months. So in the 17th Congress I joined the minority bloc,” he added.

(During the time of the approval of death penalty bill, I voted no. but day before our voting, I tendered my resignation for the majority and to all the committees I have including vice chairmanship. There was a decision from the Speaker and leadership that all of the lawmakers in the majority will vote, that’s why I resigned and after that I became independent for the next two months. So in the 17th Congress I joined the minority bloc.)

Nonetheless, Paduano admitted that he was among those who voted for Velasco’s speakership—even joining the eventual Speaker in his meetings in the Palace with President Rodrigo Duterte and former Speaker Alan Peter Cayetano prior to his election at the helm of the lower chamber.

But should not voting for Velasco as speaker make him a part of the majority bloc?

Section 8 of House rules which states that “[m]embers who vote for the winning candidate for Speaker shall constitute the Majority in the House and they shall elect from among themselves the Majority Leader.”

However, Paduano cited precedence specifically the case of Suarez who headed the minority bloc despite voting for then Speaker Gloria Macapagal-Arroyo.

“Sinasabi ko [I was saying] during [the] time of GMA, that was the precedent. Manong Danny voted for GMA…,” Paduano said.

“Secondly, kung ganun argument, before Manong [Bienvenido Abante] gave his turno en contra and in public he declared his resignation to join the majority, Manong Benny also signed a manifesto of support from NUP so it will not matter. At the end of the day, it’s still the position lang ng Speaker ang vacant,” he added.

The newly-elected minority leader said there are several resolutions and bills that the minority bloc will push for such as the probe on the implementation of the rice competitiveness enhancement fund and the TRAIN Law as well as the issues in the spike in electricity bills in the country.

“As for the bills, we are still collating all priority bills of all members of the minority bloc para mahanay [so it can be lined up as] priorities ng minority,” Paduano said.