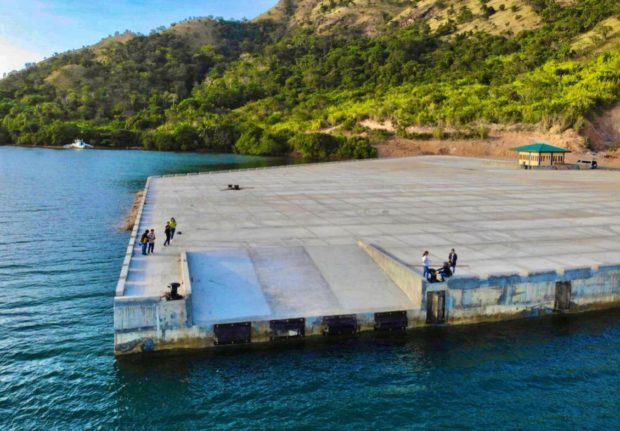 Port of Borac in Coron, Palawan

MANILA, Philippines – The municipality of Coron in Palawan is set to open its new dock in the Barangay of Borac following the completion of its construction, the Department of Transportation said on Wednesday.

In a statement, DOTr said the development of the Borac Dock started in November 2018 and is now fully completed and ready to accommodate motorboats and other sea vehicles that would want to dock.

The Borac Dock project was headed by the Philippine Ports Authority (PPA), under the leadership of General Manager Jay Daniel Santiago and under the supervision of DOTr led by Secretary Arthur Tugade.

The dock is set to further enhance the economy and tourism in Coron with travel to and from the island, the transportation department said, especially as the government recently allowed non-essential travel between general community quarantine and modified GCQ areas.

(The dock is set to decrease the number of those that dock in the Port of Coron which has long been the main docking site on the island for trade and tourism. It is expected that when international cruise ships return after the Covid-19 pandemic, the Borac dock will be one of the major ports of calls for these ships that will liven and strengthen the tourism economy in Coron.)

The dock and its back-up area are fully equipped with a mooring and fender system that will help avoid damage to the dock as well as the seafaring vehicles that moor there. — Miggy Dumlao, Trainee