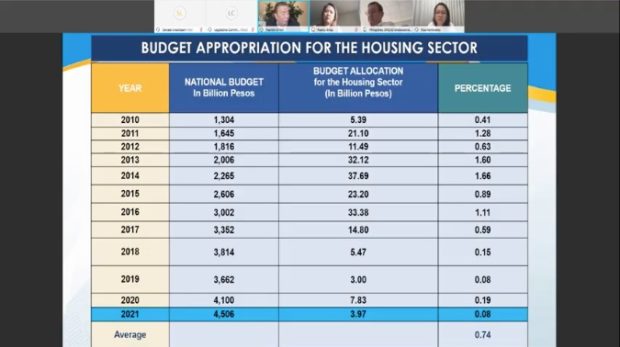 MANILA, Philippines — Senators on Wednesday lamented the “pitiful” budget allocation for the Department of Human Settlements and Urban Development (DHSUD) for 2021, with Senate Minority Leader Franklin Drilon pointing out that its funding is even lower than the proposed intelligence and confidential funds of the government.

During the Senate hearing on the proposed budget of the DHSUD for 2021, senators called for an increase in the allocation for the agency.

DHSUD Director for Planning Miles Rivera said the proposed 2021 budget approved by the Department of Budget and Management (DBM) amounting to P3.9 billion is only around five percent of the housing agency’s original proposal of P76.19 billion. 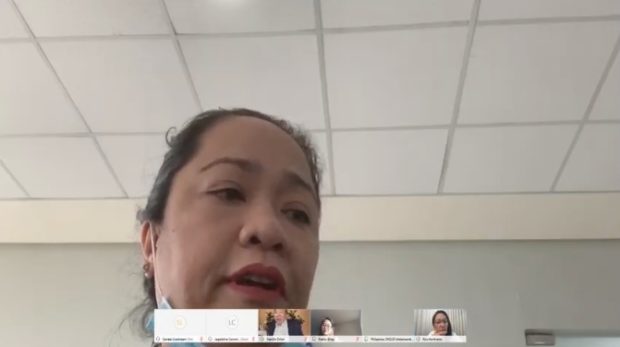 “We just wanted to stress here that while shelter is considered the third basic human need, our budget is the lowest among all the departments at P3.9 billion,” Rivera told senators.

The DBM-approved budget would only cover two programs of the DHSUD and its attached agencies, according to Rivera.

She said the DHSUD is requesting an additional P12.5 billion.

“There should be a bipartisan support for an increase in the budget of the housing sector and we know where it come from,” Drilon then said, apparently referring to the P9.5-billion total proposed budget for the intelligence and confidential funds across the bureaucracy.

“The total intel funds of the whole government under 2021 budget is over P5 billion, the confidential funds is 4.5B pesos. Contrast that with a P4-billion budget assigned to the housing sector,” the senator added.

Senator Francis Tolentino also called for an increase in the budget of the DHSUD.

“The DHSUD budget is really low… we are facing a lot of difficulties, it has been stressed over and over again that the first line of defense against COVID-19 is really your house,” Tolentino said.

Tolentino also pointed out that there are also housing-related budgets lodged under other agencies. He said these fundings should just be aggregated under the DHSUD’s budget.

“Even the DSWD (Department of Social Welfare and Development) has a housing budget, it’s really logical that if we have spread out these budgets before the establishment of the DHSUD it is more administratively logical now that we aggregate all of these and put it in one department,” he added.

Senator Cynthia Villar also supported an increase in the budget of the DHSUD.