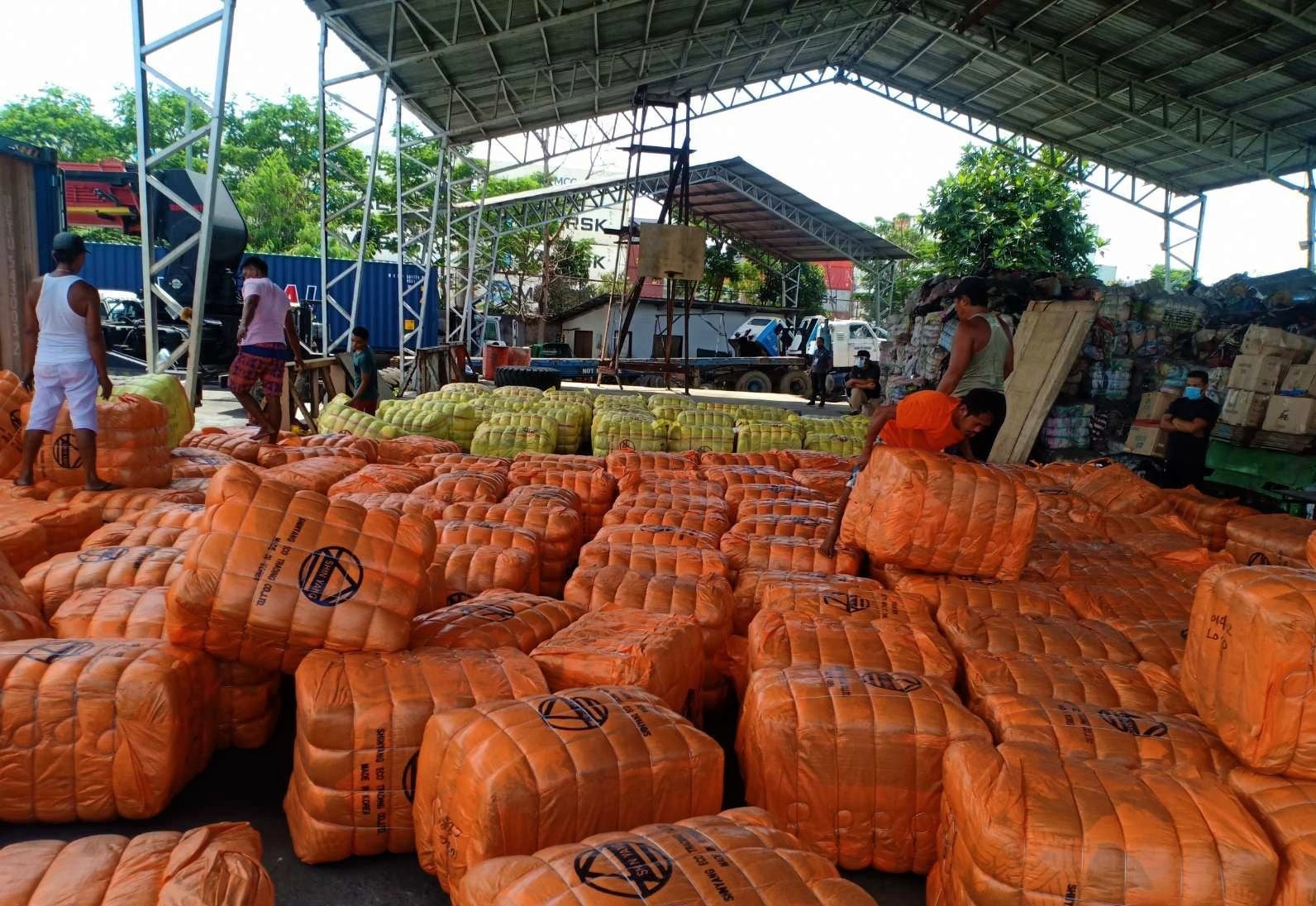 The regional Bureau of Customs (BOC) seize 400 bales of used clothing from South Korea worth at least P2 million. The items were wrongfully declared. PHOTO FROM BOC REGION 10

CAGAYAN DE ORO CITY—The regional office of the Bureau of Customs (BOC) seized bales of used clothing, known locally as ukay-ukay, worth at least P2 million and shipped from South Korea to the Mindanao Container Terminal (MCT) in the town of Tagoloan, Misamis Oriental province.

The BOC’s Customs Intelligence and Investigation Service (CIIS) examined the shipment on Oct. 16 following an alert order issued by John Simon, regional BOC collector, for the shipment for possible smuggling.

Andrade said Republic Act No. 10863, or the Customs Modernization and Tariff Act, barred the misdeclaration, misclassification or undervaluation of goods being brought into the country and subjected these contraband to seizure and forfeiture.

Andrade said the BOC had already recommended issuance of warrant for seizure of the shipment after an inventory of the seized goods.

After forfeiture of the goods, the items will be destroyed and the consignee stripped of its permit to import, according to Andrade.