COA: Over P101B worth of DPWH projects delayed, unimplemented 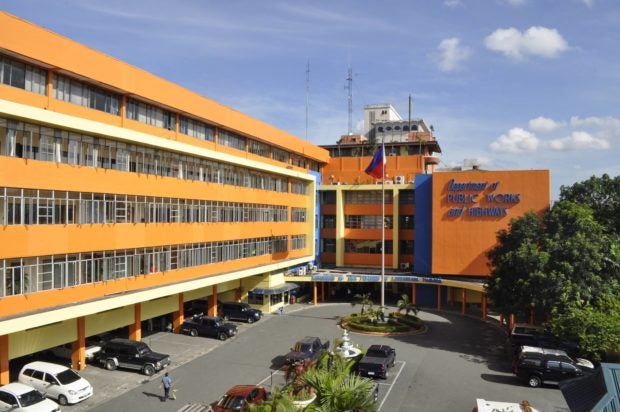 MANILA, Philippines — The Department of Public Works and Highways (DPWH) has delayed and unimplemented projects amounting to P101.690 billion, the 2019 report of the Commission on Audit (COA) has shown.

According to COA, this is “contrary” to the Revised Implementing Rules and Regulations of the Republic Act No. 9184 or the Government Procurement Reform Act as well as the agreed terms and conditions set for the project contracts.

COA said the “inadequate detailed engineering due to absence of proper coordination mechanism with LGUs (local government units) and other concerned agencies, and failure to establish the technical viability of the projects during the feasibility and preliminary engineering study, resulted in delayed completion and non-implementation of 2,411 [DPWH] projects totaling P101.690 billion.”

It also said that the required liquidated damages were not imposed for 54 projects with contract amount totaling P607.811 million, which have incurred delays that exceeded the allowable 10 percent of the specified original or revised contract time.

“However, (DPWH) Management did not rescind/terminate the contracts nor impose liquidated damages to the contractors concerned as required under the rules and regulations,” it added.

COA said an evaluation on the status of the 2,411 regular infrastructure projects, school buildings, and farm-to-market road projects implemented by DPWH offices from 2015 to 2019 disclosed the following findings:

COA said the significant delays in the implementation of the projects were caused by suspension orders, time extensions, and variation orders issued by the DPWH offices due to the following factors:

COA noted that DPWH consultants and management failed to consider these factors during the preliminary engineering study on the viability of the projects.

“Absence of coordination mechanism in place, which is among the vital parts of the feasibility and preliminary engineering study, hampered the immediate completion of the projects that resulted in the inefficient implementation of the programs/projects,” state auditors said in its 2019 report.

In its comment to COA, DPWH explained that the delayed implementation of projects was due to the delayed release of capital outlay allotments which only started in June 2019 as a result of the delayed approval of the General Appropriations Act.

It also assured that close coordination with concerned agencies and local government units is being done to resolve issues on right-of-way acquisitions and permits for the concerned projects.

DPWH further said it is sending demand letters and notices to contractors to fast-track the project completion and to observe project timelines.

P118.4-B of DPWH projects either delayed or not implemented – COA