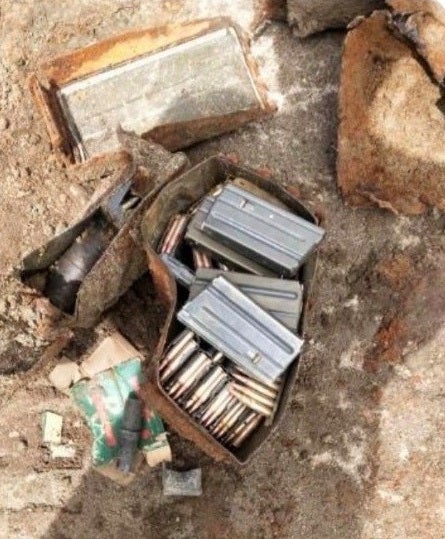 This cache of bullets and magazines was dug up at a resettlement site in Pampanga on Monday. Photo courtesy of Baque Corp.

CITY OF SAN FERNANDO –– At least six metal boxes filled with bullets and magazines for high-caliber firearms were unearthed on Monday in a resettlement site being developed for the National Housing Authority in Barangay Panipuan here.

Baque Corp., a private developer, found the arms cache as it began land preparation for socialized houses on site.

Gamido ordered an inventory of the arms cache. No one has come forward to claim ownership of the items.