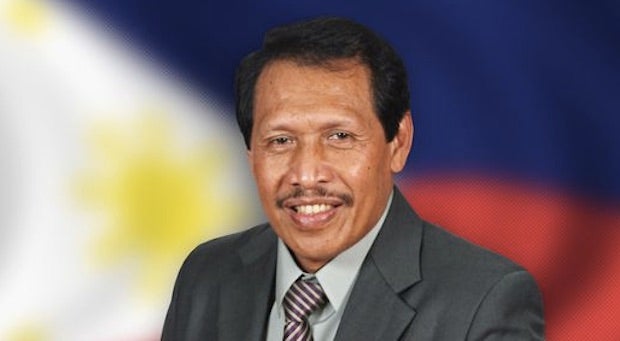 MNLF Chairman Yusop Jikiri (Photo from the House of Representatives)

ZAMBOANGA CITY, Zamboanga del Sur, Philippines — “The leadership vacuum that he leaves behind is very hard to fill,” the Moro National Liberation Front (MNLF) Central Committee said of the death of its chairman, Yusop Jikiri, on Saturday, Oct. 17.

Jikiri, who served as governor of Sulu starting in 2001 and as Sulu representative starting in 2007, died around 10:30 p.m. on Saturday, Oct. 17, due to lingering bone cancer, a statement from the MNLF Central Committee said.

“His untimely passing was beyond our expectation and a great loss to our Bangsamoro struggle and Jihad Fe Sbilillah (in the cause of Allah),” said the MNLF’s statement.

Jikiri, who was born in 1954 in Indanan, Sulu, was a son of a poor farmer. He dropped out of college in the 1970s and joined the MNLF, where he rose as one of the Moro separatist group’s top commanders, eventually rising to become the chief of staff of MNLF Chairman Nur Misuari.

Following the signing of the peace agreement with the government in 1996, the MNLF under Misuari finally took the helm of the former Autonomous Region in Muslim Mindanao (ARMM).

Jikiri first tried entering politics by running as Sulu governor in 1998. But he lost. In 2001, he ran again and won the seat of Sulu governor.

In 2006, former President Gloria  Macapagal Arroyo appointed him as chair of the Southern Philippine Development Authority (SPDA). The following year he won as Sulu representative in the House.

But he decided not to sit down and wait. Instead, he created the Anti Kidnapping Task Force in Sulu, which trained about a thousand young Tausugs in the fight against kidnapping-for-ransom activities in the province.

“These are new breeds, young blood, and well-disciplined,” he said.

“Had Chairman Misuari given his ears to them and had taken drastic steps for their retraining and reorientation, we could have had better leaders now,” he said, citing the Susukan brothers of the Abu Sayyaf.

In an earlier interview with Inquirer in July, Jikiri had shared his dream of tapping young Tausug men and women to work for the lasting peace of Sulu.

“The youth, they’re not supposed to remain listeners or applauders, they have to get involved, take action and find ways to get Sulu back to its feet,” Jikiri said. “Investing in the future of our young generation is the best legacy to leave behind for our children’s children.”

Of the 1000 MNLF regulars reeducated by the Anti Kidnapping Task Force that he created, 300 have already been accepted in the Philippine Army, according to Lieutenant General Corleto Vinluan Jr., commander of Western Mindanao Command (Westmincom), who was in Sulu on Sunday to pay homage to Jikiri.

“I see hope in this new generation now, with or without pandemic, they are doing well,” Jikiri told the Inquirer in September. “These 1000 regulars will be better leaders for this land, better than us,” he added.

“The untimely passing of Brother Yusop Jikiri is not in vain,” the MNLF statement said as it assured the Organization of Islamic Cooperation (OIC) and the Philippine government that it would continue to honor the 1996 peace agreement.