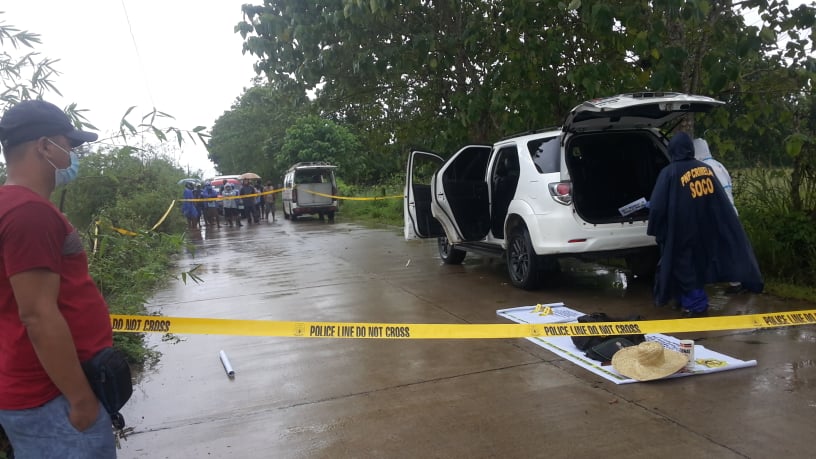 Police in Echague, Isabela process the crime scene where a barangay captain in Cordon town was killed. (Photo courtesy of PNP-Echague)

Investigators identified the victim as Ricardo Mencias of Camarao village.

Mencias had just cruised past the Annafunan Bridge and was on his way to Pag-asa village here when the gunmen attacked him.

Police said the victim sustained a gunshot wound to his head that caused his instant death.

The motive behind the killing has yet to be determined.