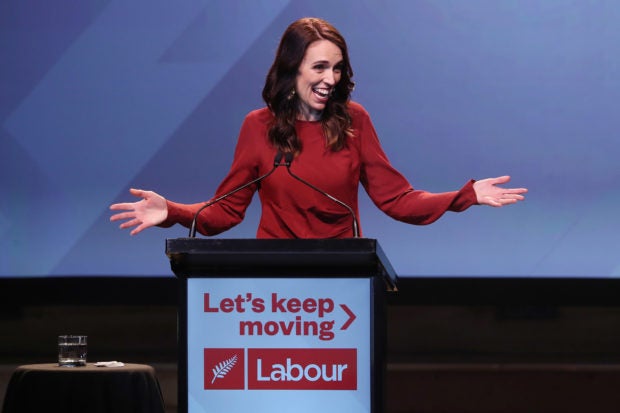 Ardern won a historic outright majority in Saturday’s poll — the first since New Zealand adopted proportional voting in 1996 — meaning she can implement policies without support from minor parties.

The charismatic leader was criticised during her first term for not accomplishing key promises such as protecting the environment and reducing child poverty.

Opposition leader Judith Collins said Ardern’s election success meant she could no longer blame coalition partners for frustrating her progressive agenda because she now had a free hand to do as she pleased.

“The government has got the mandate to do all the things that they’ve promised to do, so they can’t blame anyone else for not delivering,” she told reporters.

Campaigning during the vote centred on the government’s successful coronavirus response, with Ardern dubbing it the “Covid election”, and crisis management has defined the centre-left leader’s first term.

In addition to the pandemic, she responded with compassion and decisive policy action after the March 2019 Christchurch mosques attack, when a white supremacist gunman killed 51 Muslim worshippers.

New Zealand has recorded only 25 coronavirus deaths in a population of five million, which Collins said boosted Ardern’s standing in an electorate anxious about the pandemic.

“It was a tough campaign against a formidable opponent, and an opponent who was also seen as the face of the Covid-19 (response),” the 61-year-old said.

“I hope that our country does a lot better than I think the current government’s fiscal policies and settings will enable it to do,” she said.

“I feel very concerned for my country.”

She also spoke of more training programmes, job creation, protecting the environment and a determination to tackle issues such as climate change, poverty and inequality.

“We have the mandate to accelerate our response and our recovery — and tomorrow we start!” Ardern said.

Labour’s 49.1 percent of the vote was its best election performance since 1946, while National’s 26.8 was the second-worst since the party was founded in 1936.

Collins said she would remain as National leader but commission an independent review into how the party’s vote slumped almost 18 points from the last election in 2017.

The party’s support typically sits around the mid-40s and Collins admitted there was probably complacency among some of her colleagues who viewed Ardern’s shock win three years ago as a one-off.

Collins also said she received “a hospital pass” when she took the job in July, becoming National’s third leader in four months as voters shied away from a party wracked by internal divisions.

Collins said the result could not be attributed to any lack of effort during an exhausting campaign.

“That’s what I’ve done,” she said. “I’ve absolutely worked my little sock off.”