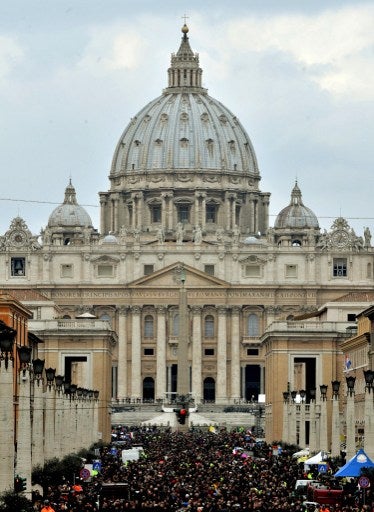 WARSAW, Poland – The Vatican’s ambassador to Poland on Saturday announced the resignation of a Polish bishop suspected of covering up sexual abuse of children by clergy in the devout Catholic country.

Pope “Francis has accepted the resignation of the bishop of Kalisz, Edward Janiak”, ambassador Salvatore Pennacchio said in a statement on his website.

The announcement comes after the Vatican gave the go-ahead for an investigation into Janiak in June, and appointed an apostolic administrator to take charge of his diocese.

The allegations against the 68-year-old were at the centre of a viral documentary which ignited a national discussion on abuse by clergy — a subject that had long been taboo in Poland.

Viewed more than seven million times since its May release on YouTube, “Hide and Seek” by Marek and Tomasz Sekielski tells the story of two brothers who were victims of abuse by a priest.

The documentary says Father Arkadiusz Hajdasz was shuffled from one parish to another and carried out acts of abuse for a quarter of a century, allegedly with the tacit protection of senior church figures including Janiak.

One of the brothers, Jakub Pankowiak, told AFP that Hajdasz had molested him hundreds of times when he was a young boy.

sexual abuse
Pankowiak described Janiak’s resignation as “yet another step forward”, adding “the impunity of people like the now former bishop is in a way coming to an end.

“Now every (church) victim… has reason to hope that the harm done to him will be recognised and the guilty will be held accountable,” he posted to Facebook on Saturday.

“Changes are coming, ones that we can’t let anyone block.”

But Piotr Studnicki, from the Polish church’s child protection office, estimated that “that number has at least doubled” as many more victims had since come forward.

Studnicki also told AFP in July that in addition to Janiak, “at least 10 other Polish bishops have been reported for negligence”.