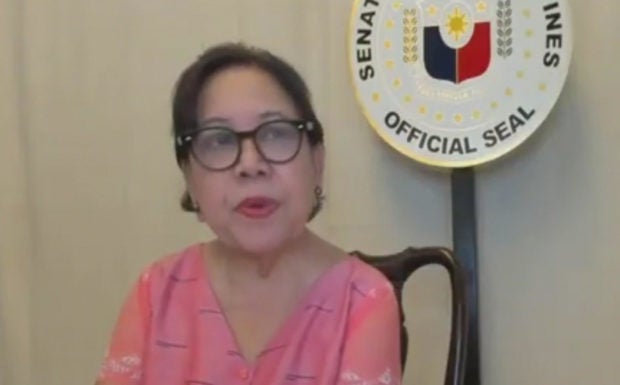 MANILA, Philippines — Senator Cynthia Villar wants the Department of Agriculture (DA) to revise the budget of one of its bureaus to better support the use of organic fertilizers, as she lamented why the agency seems to prefer inorganic ones despite tendencies for fertilizer fund scams.

During the Senate hearing on Friday on the proposed P86.3-billion budget of DA for 2021, Villar, chair of the Senate committee on agriculture, noticed that the budget of the Bureau of Soils and Water Management was significantly reduced.

“One of my advocacies is to ask the people to produce their own organic fertilizer, and I noticed na dito sa Bureau of Soils and Water Management na nag-i-implement nyan, binagsak nyo ‘yung budget, from P1.6 billion, naging P596 million,” she said.

(One of my advocacies is to ask people to produce their own organic fertilizer, and I noticed that the budget was reduced here in the Bureau of Soil and Management that implements that initiative, from P1.6 billion, it became P596 million.)

“I-revise nyo ang budget na ito [Revise this budget]. This is just a proposal. I want you to revise this budget. Hindi pwede ‘yung ika-cut nyo budget ng [You cannot just cut the budget of the] Bureau of Soils and Water Management,” she added.

DA officials explained that the budget for the bureau was cut as it was the only amount recommended by the Department of Budget and Management.

The senator then asked DA officials why there is a larger budget for the procurement of inorganic fertilizers, when on the other hand, composting will improve the quality of soil and will also be beneficial in waste management.

(Maybe it is not popular for you. You want to buy more inorganic fertilizers. You always get scammed on that. Why do you want those fertilizers so much?)

For Villar, the DA should encourage farmers to produce their own fertilizers so that fertilizer scams can be avoided.

Back in June, Villar said she would launch an investigation on the alleged P1.8-billion overpriced fertilizer contracts entered into by the department. However, she said this did not push though as President Rodrigo Duterte said it was no longer needed.

But Agriculture Secretary William Dar, who was also present at the hearing, assured that DA’s transactions for the fertilizers were aboveboard.