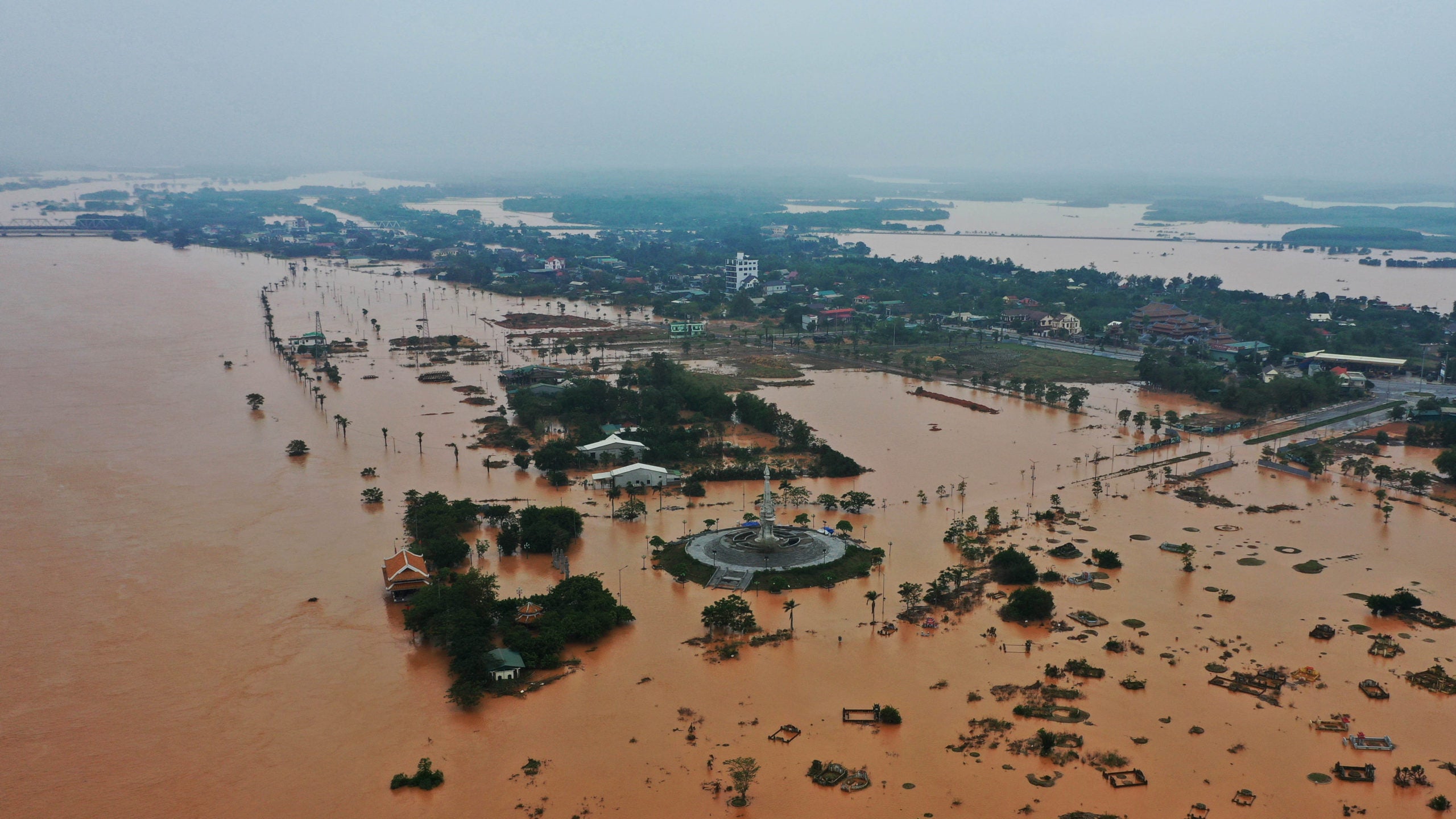 HANOI— Vietnamese rescuers on Thursday recovered the bodies of all 13 soldiers from the site of two deadly landslides, three days after the disaster near a remote hydropower dam.

Helicopters, military vehicles, search dogs and more than 600 soldiers have been deployed to hunt for signs of life after two mudslides on Monday in the central province of Thua Thien Hue, which trapped 17 construction workers and 13 troops sent to rescue them.

The authorities “will mobilize all possible forces and equipment to search for all the remainder while maintaining safety for the rescuers and the equipment,” Deputy Minister of Defense Phan Van Giang said a statement.

Intense rains since early October have caused floods and mudslides that have killed at least 49 people in central Vietnam, while more heavy rainfall is expected until early next week on several fronts.

Local media showed excavators moving collapsed earth and soldiers and search dogs at the site of the landslide in the remote mountainous region, where long vehicles transported heavy equipment along narrow tracks flanked by farmland.

The bodies of the soldiers were transferred to a hospital in Thua Thien Hue for funerals, the government said.

The disaster agency said on Thursday that the recent adverse weather has seen more than 66,500 people evacuated from flood- and landslide-prone areas in central Vietnam, where 135,700 houses and around 10,000 hectares (24,710 acres) of crops and fish farms have been inundated.