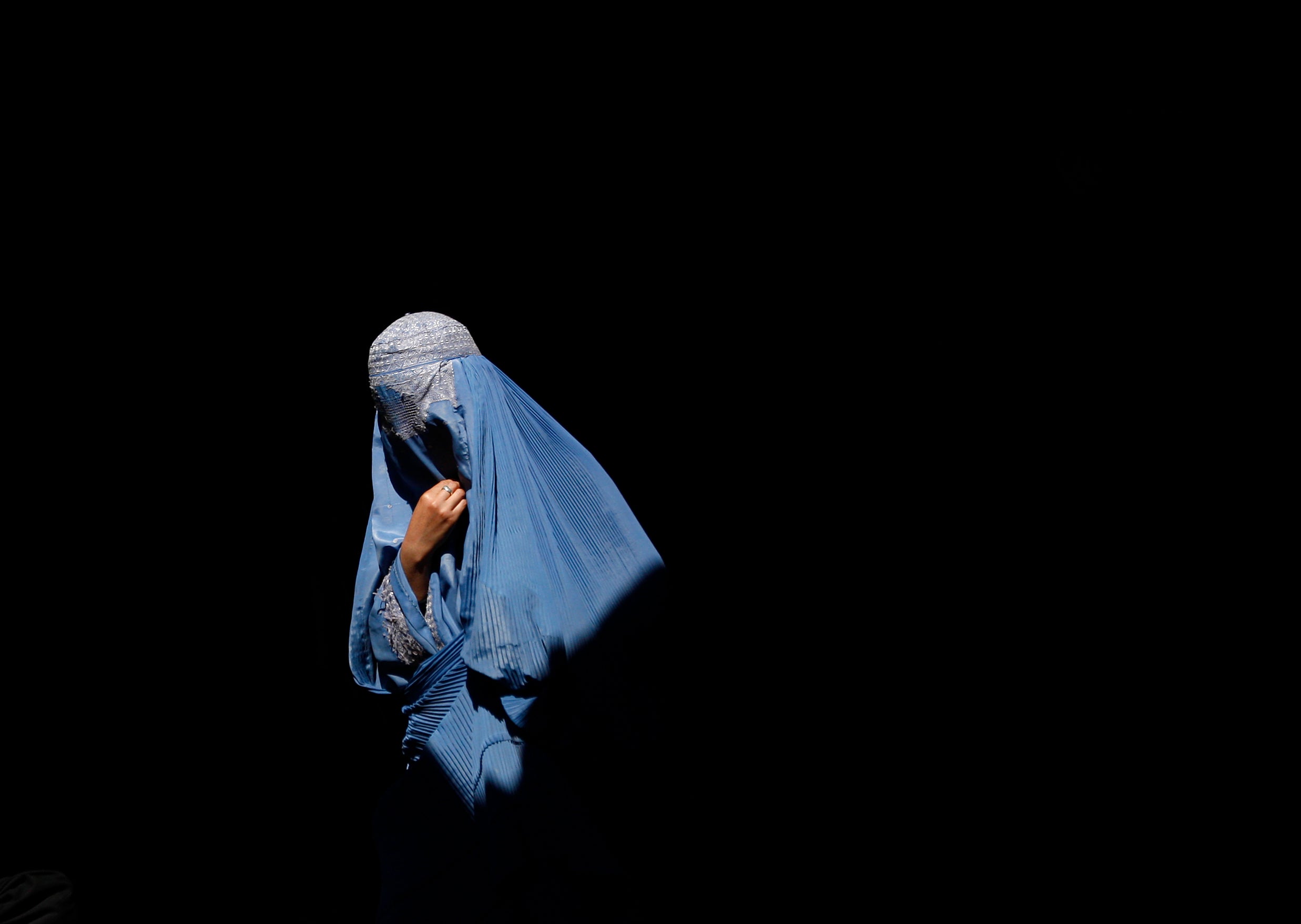 A burqa-clad Afghan woman walks in an old bazaar in Kabul March 4, 2009. Presidential polls in Afghanistan cannot be held next month as demanded by President Hamid Karzai, the elections commission said on Wednesday, with Aug. 20 to remain the polling day as originally scheduled. REUTERS/Ahmad Masood (AFGHANISTAN) – GM1E5341QY601

KABUL—Women in Afghanistan are being forced to undergo so-called virginity tests, more than two years after a law requiring consent was introduced, researchers said on Thursday.

The test involves a doctor performing an examination to identify whether the hymen – the thin tissue that may partially cover the vagina – is intact, and has been condemned by the United Nations as “painful, humiliating and traumatic”.

A study by Afghanistan’s Independent Human Rights Commission found forced gynecological examinations were still being conducted without the consent of the patient or a court order, as required by a 2018 law.

The Commission interviewed 129 women across Afghanistan and found 92% of tests were performed without consent or a court order.

Most of the victims were prisoners, while nine were under police surveillance. Just nine said they had agreed to the examination and one said she had received a court order, said the Commission, which wants the tests to be banned completely.

“Afghan women have always been victims of violence, with women often mistreated due to crimes committed by men,” said chairwoman Shaharzad Akbar.

“Compulsory gynecological examinations are one of the types of violence that have been perpetrated against Afghan women and violate their human dignity by humiliating and insulting them.”

Global health and women’s rights organizations have called for the practice to be banned, with the World Health Organization calling it a “violation of the victim’s human rights.

Medical experts say the test does not prove whether a girl or woman has had sex as the hymen can be torn during physical activity or use of a tampon. Some girls are born without a hymen.

Yet it remains widespread in some countries, including Indonesia, where women applying to the police are often required to undergo tests for “mental health and morality reasons”.

In Iraq, Yazidi women who had been kidnaped by the Islamic State were routinely tested by Kurdish officials until 2016.

Lyla Schwartz, a psychologist who set up a mental health initiative after working with young Afghan women forced to undergo testing, said they were often used to prove intercourse outside of marriage.

“Girls and women feel assaulted and violated – and girls who may have endured traumatic experiences and undergo testing feel assaulted yet again,” she told the Thomson Reuters Foundation.

“It is degrading and serves to retraumatize the assault survivor.”

Fatimeh, a woman living in detention who underwent a forced test, said she was “shocked” to discover she had been referred.

“I felt humiliated and insulted. I will never forget the experience,” Fatimeh, whose name has been changed to protect her identity, told the researchers.