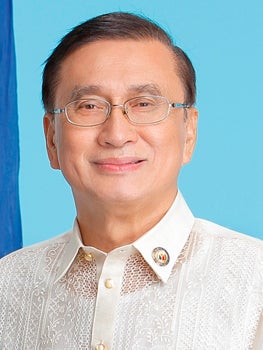 Baguio Rep. Mark Go. Photo from the website of the House of Representatives

MANILA, Philippines — The P3.9-billion proposed budget of the Department of Tourism (DOT) should be restored, a lawmaker said Thursday.

During the plenary deliberations on the proposed budget of the DOT, Baguio City Rep. Mark Go said the tourism department’s approved budget in the National Expenditures Program (NEP) for 2021 is only at P3.8 billion.

This budget, Go said, is “low” given the contribution of the tourism sector to the country’s economy.

FEATURED STORIES
NEWSINFO
Class, work cancellations due to Typhoon Quinta
NEWSINFO
Rosario Domagoso, mother of Manila mayor, dies at 74
NEWSINFO
DFA’s Locsin to Angel Locsin’s critics: ‘Anyone who messes with her will get it’

(In the last budget hearing, I recommended that their budget be increased based on their original recommendation of an additional P90 million.)

“And I would like to reiterate this recommendation I made in the committee that we increase the budget [of DOT] by P90 million,” he added.

(I think this budget is too small even if Sec. Berna Puyat said that they will make use of what they have and they will be active even if this is their only budget.)