Lawmen to go after other shabu warehouses — PDEA chief 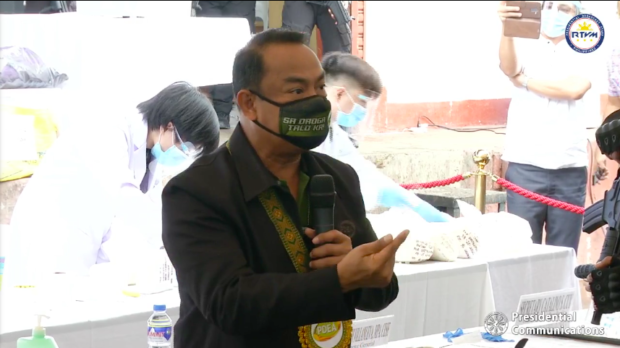 (Currently, most of our drugs are coming from the Golden Triangle Drug Trafficking organization so that’s what we are looking for, we are searching for their warehouses because the PNP and PDEA already uncovered Marilao, Bulacan drug warehouse so there could be more. Definitely, there are other drug warehouses somewhere.)

Last June 4, about P5.14 billion worth of meth were confiscated from three suspects, including a Chinese national, at a warehouse in Marilao, Bulacan.

(They are carriers from the airport. That is the Modus operandi of the African Drug Syndicate. They are body carriers or they are using luggage at international airports. Right now, these are rare. The operations of the syndicates are rare.)