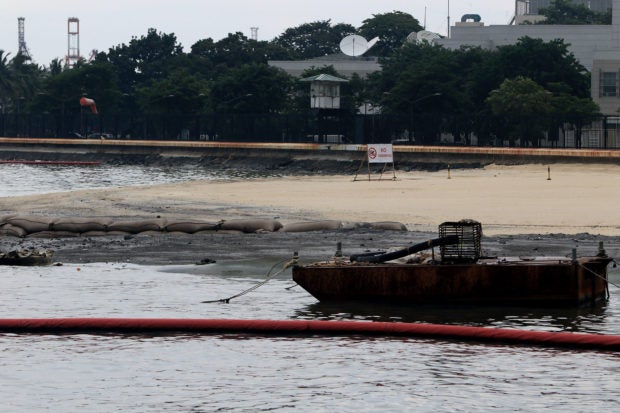 MANILA, Philippines — The government will learn a lesson if a super typhoon washes out the artificial white sand made from crushed dolomite on one stretch of Manila Bay, the director of the University of the Philippines Marine Science Institute (UPMSI) said Thursday.

“I think if that happens, then it will just be lesson learned. We move forward, we no longer try to upkeep it if it gets washed out by a super typhoon because we do know that super typhoons happen,” Dr. Laura David said in an interview on ABS-CBN News Channel when asked what should be done if a super typhoon washes out the artificial white sand in Manila Bay.

David also said that the government should prioritize water sanitation in rehabilitating Manila Bay instead of other beautification efforts.

(If the country has a lot of money, we can do everything at once.  Maybe we should prioritize water sanitation. Other beautification projects can follow.)

David made this comment a day after Department of Environment and Natural Resources (DENR) undersecretary  and spokesperson Benny Antiporda said it is a “lie” to say that the crushed dolomite that was dumped over a portion of the bay’s coastline has washed out.

Antiporda explained that what happened was a “wash in,” saying the artificial white sand was only covered by thick black sand from the waters of Manila Bay.