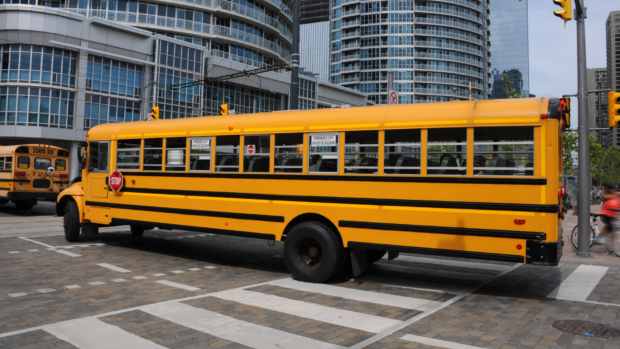 An 11-year-old boy was arrested after allegedly stealing a school bus and going for a joyride in Louisiana, USA.

The boy (name withheld) supposedly took the vehicle from the Progress Head Start school in Baton Rouge, as per CBS-affiliate WAFB on Oct. 11. The Baton Rouge Police Department also stated that the said bus starts at the push of a button.

The child then led multiple police cars on a chase as he drove through the area. One bystander, Joy Gradney, caught the chase on her cellphone and said she was shocked when she saw that a kid was behind the wheel.

Authorities believe that he was standing up while driving since he was too small to reach the pedals while seated, as per ABC-affiliate WBRZ

However, the chase eventually ended after 45 minutes of driving, at around 11:30 a.m. when the child crashed the bus into a tree in front of a house. Officers then handcuffed him and took him into custody.

Despite the accident, authorities assured that no one was injured from the crash.

Police booked the boy into a juvenile detention center, as per report. He was charged with theft of a motor vehicle, aggravated flight, aggravated damage to property and aggravated assault. Ryan Arcadio /ra