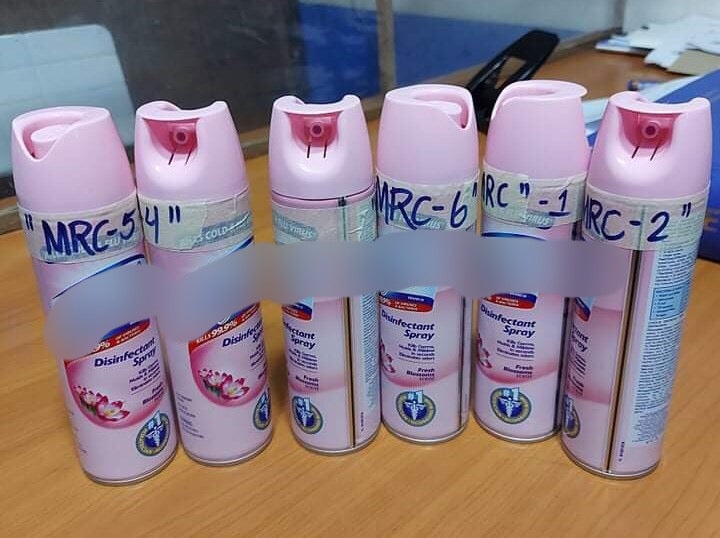 MANILA, Philippines — A man and a woman were arrested and are now detained for the alleged theft of six cans of disinfectants from a convenience store in Pasay City on Tuesday afternoon, police said Wednesday.

In a report from the Southern Police District, the Pasay City police identified those arrested as as Maria Cecilia Basa, 29, and Randy Villamoran, 45. Both are Pasay City residents.

Police said barangay officials near the area caught the suspects at 12:45 p.m. as they were leaving the convenicence store with the six unpaid cans of disinfectants worth P1,788.

The suspects were later brought to the Pasay City police.

The stolen items were later recovered by the police as further investigation of the case continues.

A complaint for theft is now being readied by the Pasay City police for filing against Basa and Villamoran.

In a text message to INQUIRER.net, the SPD Public Information Office said the suspects allegedly stole the cans of disinfectants to resell, and use the money to buy food.

“As per [Pasay] invest[igation] section, ninakaw daw po nila iyan tapos ipagbibili para may pangkain,” SPD said in when asked why the suspects took the six cans of disinfectants.

(As per Pasay investigation section, they stole the items so that they can resell them and buy food.)