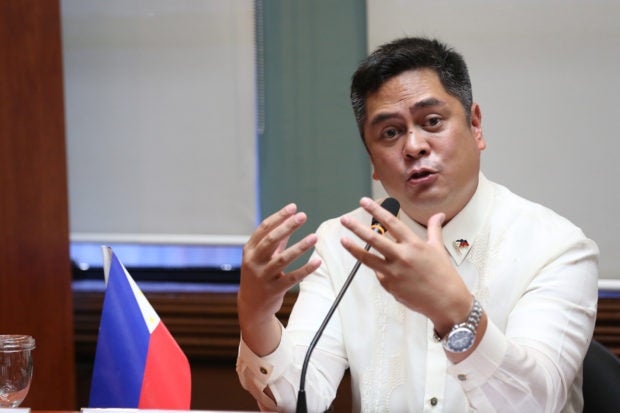 The government’s communications arm is not siding with any “political force” but decides to cover stories based on its “newsworthiness,” Andanar said during the PCOO’s budget hearing at the Senate.

“The People’s Television operates like a private corporation, like a government-owned and controlled corporation. We strive to catch up with the private media, we strive to be a professional agency,” he said.

“We cover everybody. We do not side with any political force so I am assuming that the GM (general manager) decided based on the newsworthiness of the story,” he added.

According to General Manager Katherine “Kat” De Castro of the state-run PTV-4, it was the Radio-Television Malacañang’s (RTVM) that covered Velasco’s election on Monday.

RTVM, an attached agency of the PCOO, is the official broadcast agency of Malacañang responsible for television coverage and documentation, and news and public affairs syndication of all the activities of the President, either live or delayed telecast, by national or local, government or private collaborating networks.

“To make sure that we appeared fair, we also cross-posted the press con of Speaker Cayetano,” she added.

“It’s always balanced, we strive to be fair, we don’t do angles, we don’t do twists. We just report events the way they are,” De Castro also said.