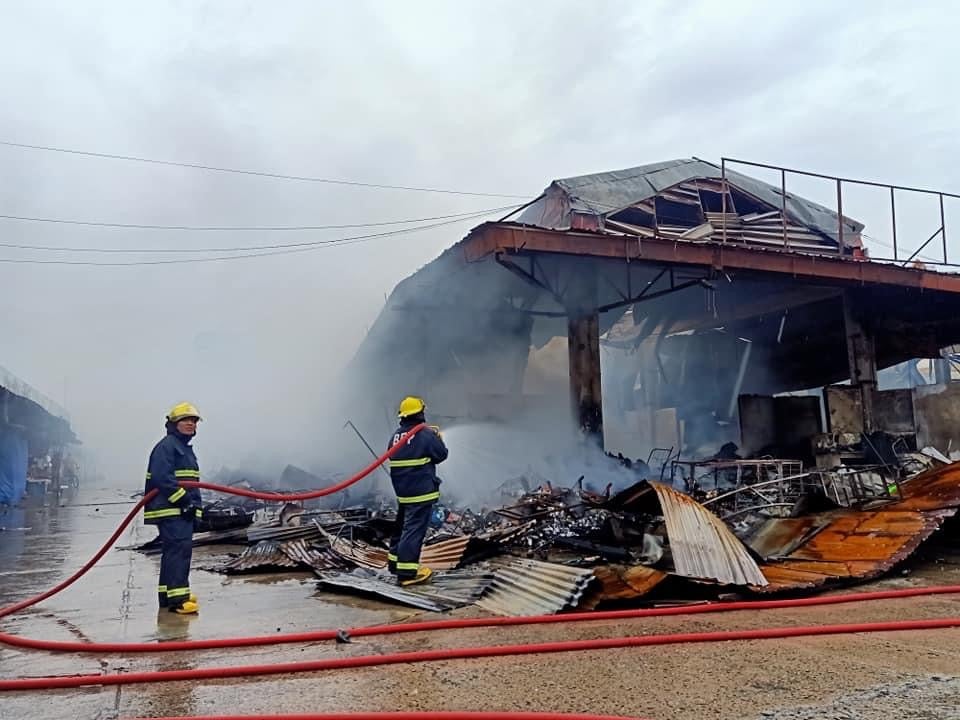 Firefighters try to put out the blaze at the public market of Masinloc, Zambales which destroyed at least 100 stalls. PHOTO BY JE EBUENG

SAN ANTONIO, ZAMBALES—At least 100 stalls went up in smoke when fire broke out at the public market of South Poblacion village in Masinloc town, Zambales province at dawn on Monday (Oct. 12), authorities said.

No one was reported hurt in the fire, said village chief Richard Medina in a radio interview. But he said at least 100 stalls had been destroyed in the fire.

Zenaida Salazar, head of the municipal fire department, said the blaze began past midnight and lasted for at least three hours.

Fire Investigators were still checking what caused the fire.