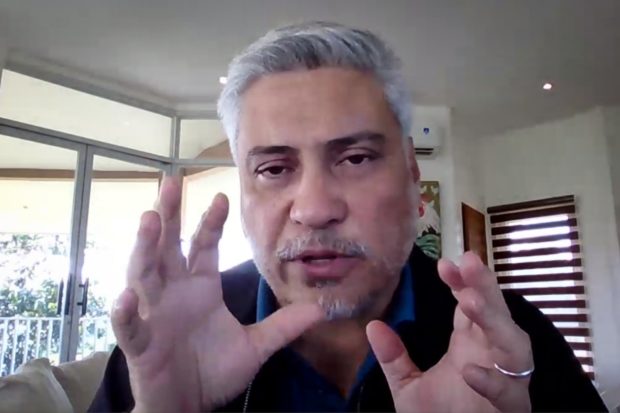 “Please know that we are studying this matter carefully,” Zubiri’s office  said in reply to advocacy group Pinoy Aksyon for Governance and the Environment’s appeal to the Senate to dig deeper into the increasing number of Chinese citizens working here.

Zubiri said the Senate Committee on Labor would look into the report as it tackles Senate Resolution 67 or the influx of illegal foreign workers in the country.

He said legislators in Congress must investigate the practice which he described as “grossly unfair, illegal and unjust.”

“We want the Senate to look into this issue across party lines and not just a token after President Duterte issued a statement on ‘pastillas’ scam,” Ellorin said, referring to the allegation that immigration authorities receive money in exchange for the  unhampered entry of  Chinese nationals.

The BI in Cagayan de Oro, said last week it received reports that at least 48 Chinese nationals had been working without legal papers at the Keim Hing Steel Corp. factory in Villanueva, Misamis Oriental.

An informant told the BI that the foreigners had been staying—and hiding—in the steel plant for years. The steel plant started operations in 2016.

Alano said his office tried to conduct an ocular inspection at the steel plant last Sept. 21, but was barred by management.

During the visit, Alano said they spotted a two-story structure with several doors that appeared to be living quarters inside the facility. He said they did not insist on entering but assured they would return to the site once a mission order is secured.

Ellorin said the number of Chinese citizens working without work permits in the country could be bigger than what had been previously determined.

“(The number we are having now) may be just the tip of the iceberg as more businesses are employing illegal workers from China,” he said.

Ellorin said they had also coordinated with the city’s committee on trade and commerce to also look into this report.

“Reports reaching us that ‘forced labor’ is being employed by Chinese companies with projects here in the Philippines. Allegedly, prisoners are sent here for involuntary labor. If true, and left unchecked, this could make the country complicit to this blatant violation of human rights laws and International Labor Organization conventions,” Ellorin said.

He said these Chinese workers do menial jobs in construction, not specialized technical work, clearly a violation of Philippine laws.

“We have been told by a group of Filipino contractors that thousands of Chinese workers are filling up what could have been jobs exclusively for Filipinos. And these Chinese workers enjoy better wages and perks than Filipino workers,” Ellorin said in a statement.

Read Next
COVID-19 cases rise in Northern Mindanao
EDITORS' PICK
Kai Sotto continues to inspire Filipinos by sharing his passions and stories with Smart Prepaid
1Sambayan to nominees: Stick to word of honor
Alex Eala wins Grand Slam on Independence Day: ‘I hope I made my contribution to the country’
Ahead of ONE: Full Blast II, Mongkolpetch warns Elias Mahmoudi: ‘Watch out for my fists’
Trust Robredo’s political instincts – Kaya Natin! convener
EDITORIAL: Good news, bad news
MOST READ
1Sambayan to nominees: Stick to word of honor
China cautions G7: ‘small’ groups don’t rule the world
Leni vs. Sara
PH to have cloudy, rainy Monday — Pagasa
Don't miss out on the latest news and information.