Binay: Dolomite beach not part of 2008 SC writ of mandamus 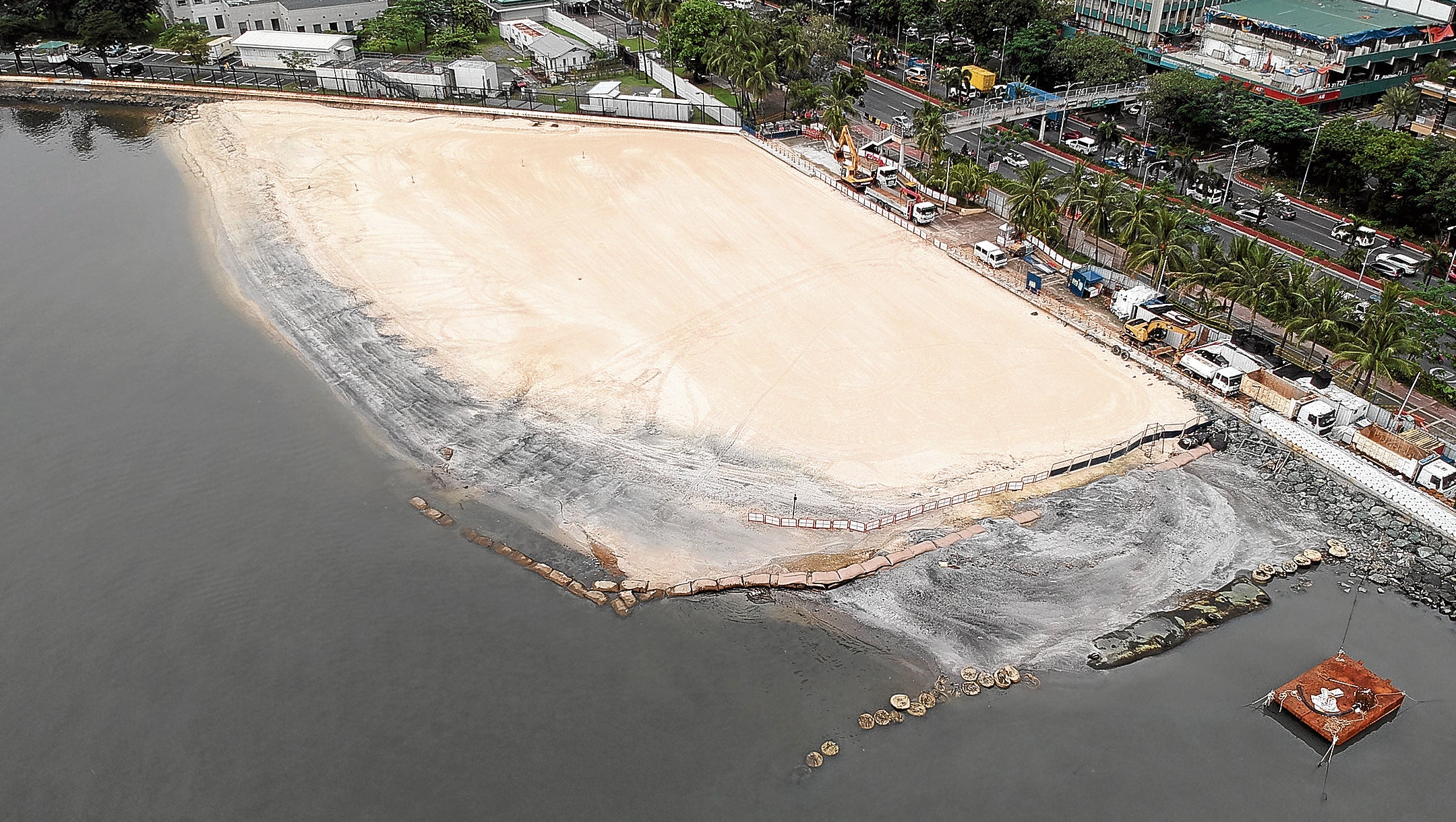 GOING, GOING … Despite warnings from experts, environment officials maintain that the P389-million “beach nourishment’’ project in Manila Bay will not be washed out. —GRIG C. MONTEGRANDE

The Supreme Court did not order the government to rehabilitate Manila Bay by dumping crushed dolomite on the artificial white sand beach that the Department of Environment and Natural Resources (DENR) created on a 500-meter portion of the bay’s coastline, Sen. Nancy Binay said on Friday.

“The [high court’s] mandamus order is intended to clean the water and not to create [artificial] beach in Manila Bay,” Binay reminded Environment Secretary Roy Cimatu, referring to the Supreme Court’s 2008 ruling that directed 13 government agencies to clean up Manila Bay.

“The aim is to improve the water quality. And the issue now is that because we have limited funds, the money should have been used for projects that will clean the water [in Manila Bay],” she said at the hearing in the Senate on the DENR’s proposed P25.5-billion budget for 2021.

Cimatu said the DENR spent P398 million for the entire rehabilitation project of that portion of Manila Bay, including P28 million for the purchase and transport of the crushed dolomite from Cebu.

Sen. Imee Marcos pointed out that the artificial white sand laid over the original beach sand had apparently been washed away by the recent strong rains in Metro Manila as shown in photos and videos shared on social media.

She also quizzed the environment officials why they stopped the dumping of the dolomite if the crushed mineral was not hazardous as claimed by critics of the project.

Sen. Cynthia Villar, who presided over the budget hearing, asked Cimatu to demand water concessionaires Manila Water and Maynilad to complete the construction and operations of water treatment facilities as mandated in their concession contracts to help rehabilitate Manila Bay.

Villar also appealed to Cimatu to reject all reclamation projects in Manila Bay that would imperil the protected wetlands and residential areas in the cities of Las Piñas and Parañaque.