Man who tried to ‘resurrect’ grandma charged after destroying cemetery 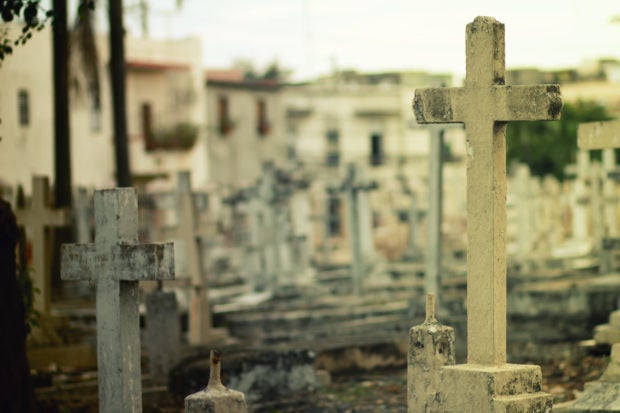 A man admitted to damaging a cemetery in Tennessee, USA, as a result of trying to “resurrect” his dead grandmother, who was buried at the site.

Danny Frazier has since been arrested and charged with vandalism and criminal trespassing, as per ABC affiliate WATE-TV on Wednesday, Oct. 7.

Police responding to reports of vandalism at a church cemetery in Knox County found dig sites and broken headstones as a result of Frazier’s work last Monday, Oct. 5.

Frazier was said to have caused the cemetery nearly $30,000 (around P1.45 million) in damages, according to the report.

Representatives of the church told deputies that a homeless man had been staying at the cemetery and damaging the property, as per WZDX on Oct. 8.

Although it was not disclosed if Frazier was indeed the said homeless man, the suspect admitted to police when they found him that he had caused the damages in an attempt to bring his grandmother back to life. Ian Biong /ra